It’s pretty warm here and I’m discovering that choosing something to paint depends a lot on finding somewhere to sit that isn’t roasting hot but still has something interesting in view.   I know that some people have umbrellas that they attach to their easels/ground/themselves and maybe they’re worth it but it’s yet another thing to lug around.   I’ve also seen people spend more time fiddling with the umbrella than painting and I have enough trouble keeping my easel under control.   But I found a shady spot on a wall where I could sit out of the sun and still have my easel up.    Not the perfect scene but good enough.

Frankly it came out very differently and better than I originally thought.   The first aim was to just paint the boats and leave most of the foliage out.   (Foliage is hard!).   However it turned out that a lot of the foliage crept in and came out pretty well.    Boats came together well – not too much detail, just enough to make sure you know it’s a boat.      As always there are a couple of things annoying me . I put that boat smack bang in the center of the picture which I shouldn’t have.   Also the sea needs a bit more punch – it’s pretty much the same color as the sky and I could have given it more color.

But on the whole – pretty chuffed. 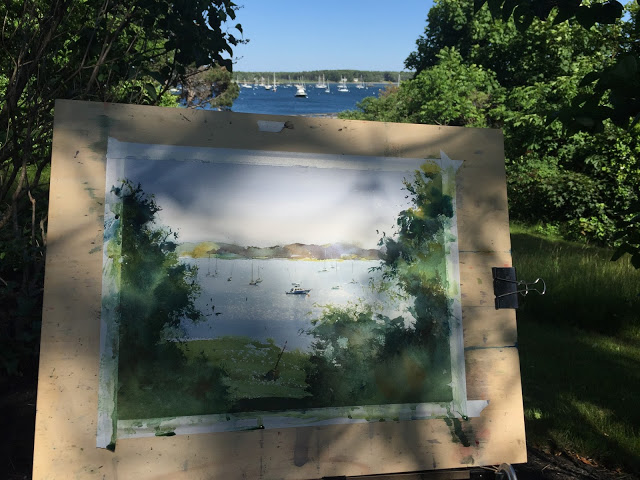 Resting on the porch after a hard afternoon’s work. 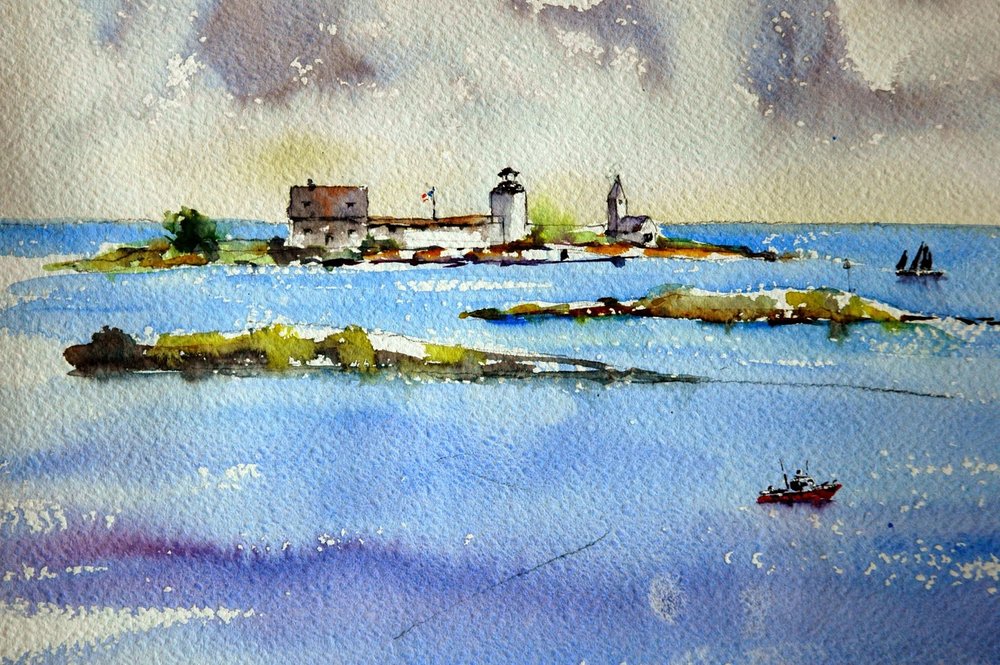 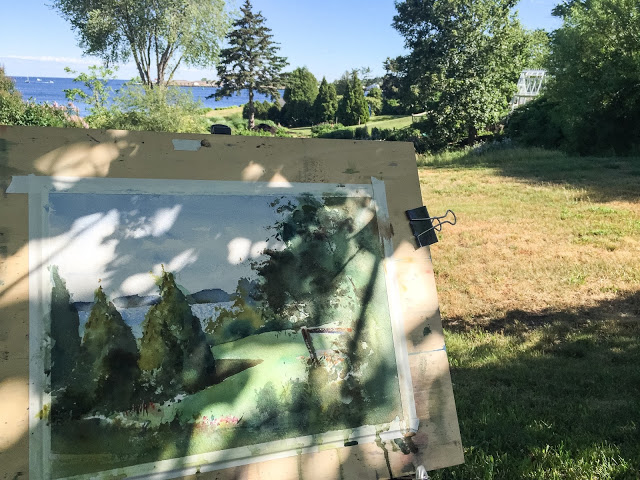 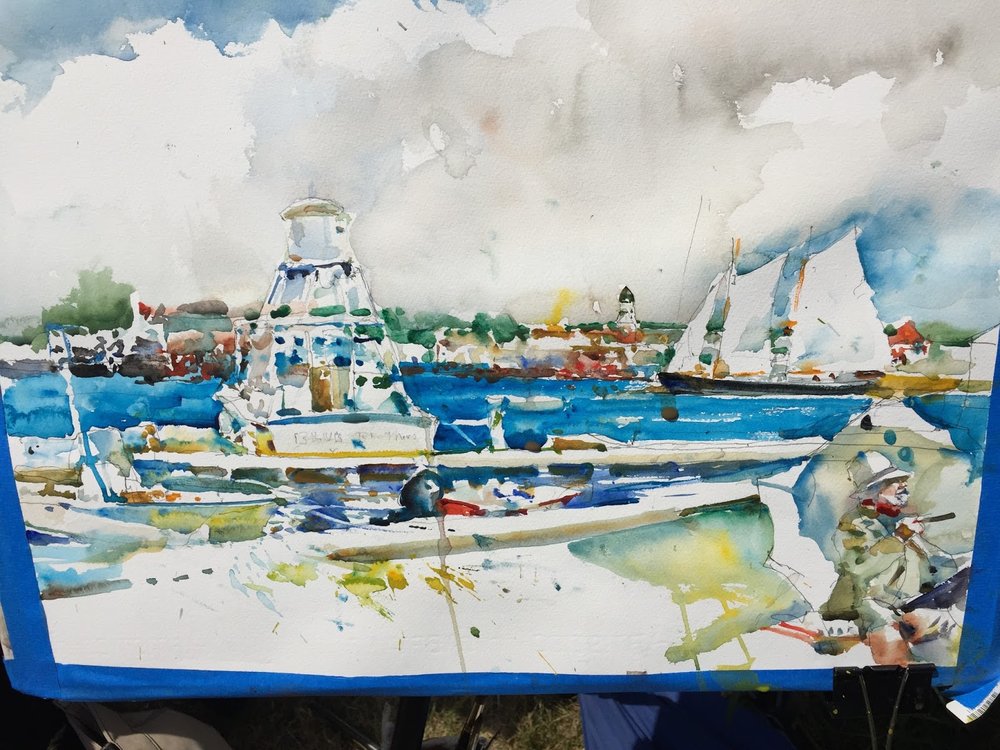 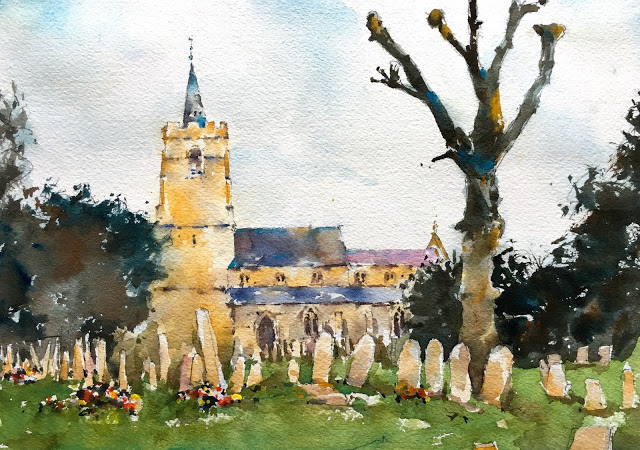