Not as successful as the previous one I don’t think but I did enjoy this enormously. Sometimes you just need a bit of color.

Still in Orchard Beach and a snowy picture of the ferris wheel. I wanted this to be somewhat subdued but maybe dialed it back too much. Has a nice touch to it though.

The drawing. Oh the ellipses! And the perspective! Thankfully everything meshes together in the painting if painted loosely enough. 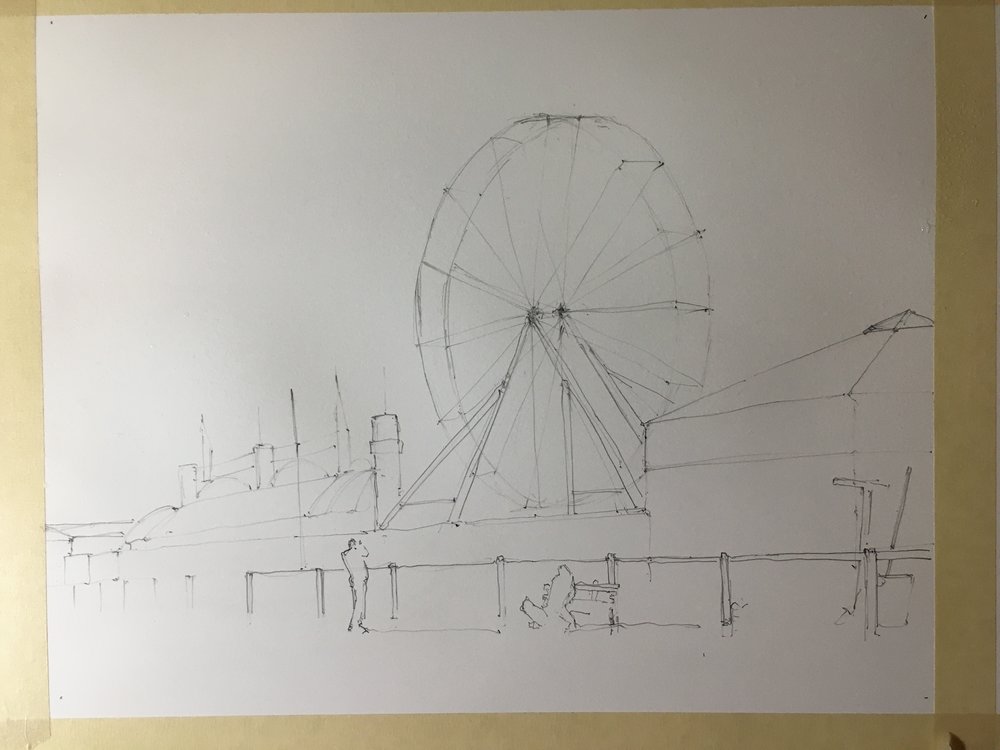 Next the initial washes. A light sky and fairly grayed out tones for the buildings. The wheel is lightly touched in leaving areas of white to break up the lines. 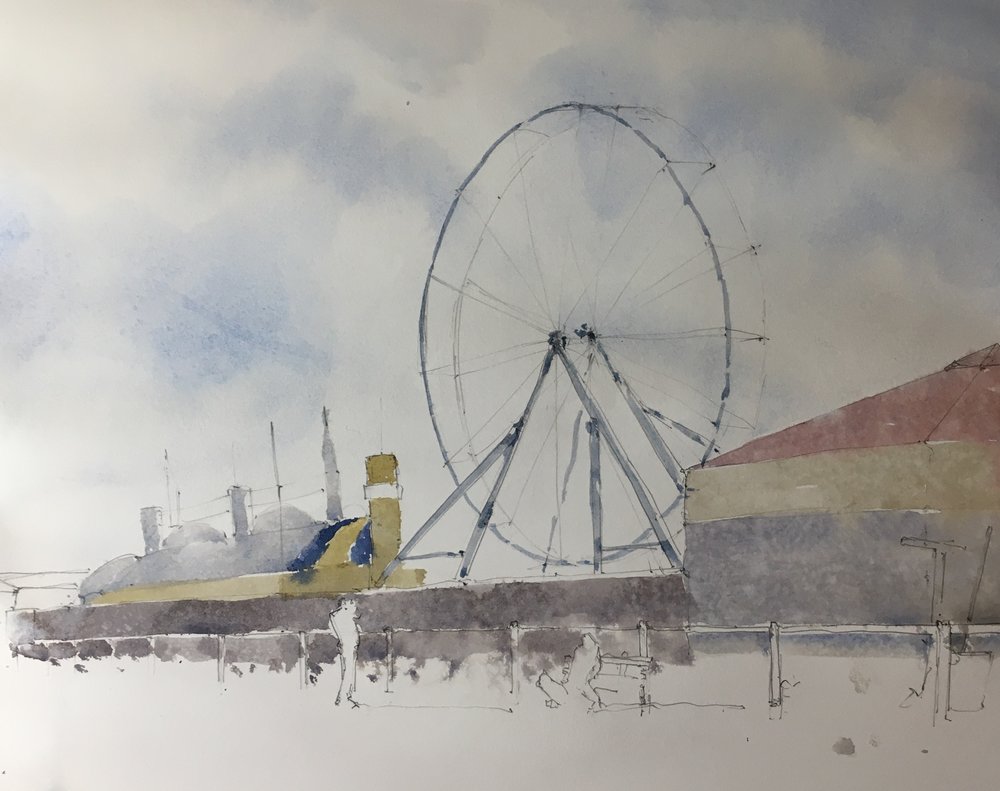 More darks to add some solidity to the structures and more detail in the wheel. Still keeping a light touch.

The final thing. A little more detail on the fence and some loose work to define the foreground and we’re done. In hindsight I would probably have punched up the color a little more but I’m happy as is.

The original photo. I remember it being extremely cold.

Now this one I started last night and walked away half way through in disgust. I fully intended to put this in the ‘burn’ pile this morning. Looking at it afresh, however, I thought maybe there’s something worth rescuing. by the time I’d put in the boats I think it has redeemed itself

We went to Manchester-by-the-Sea last week and strolled down to singing beach.   The sun was strong and, post labor day,  only a few people were on the beach.   Was almost perfect and deserved a painting.    Annoyingly I got too involved with the foreground and overdid it.   But it definitely captures the day.