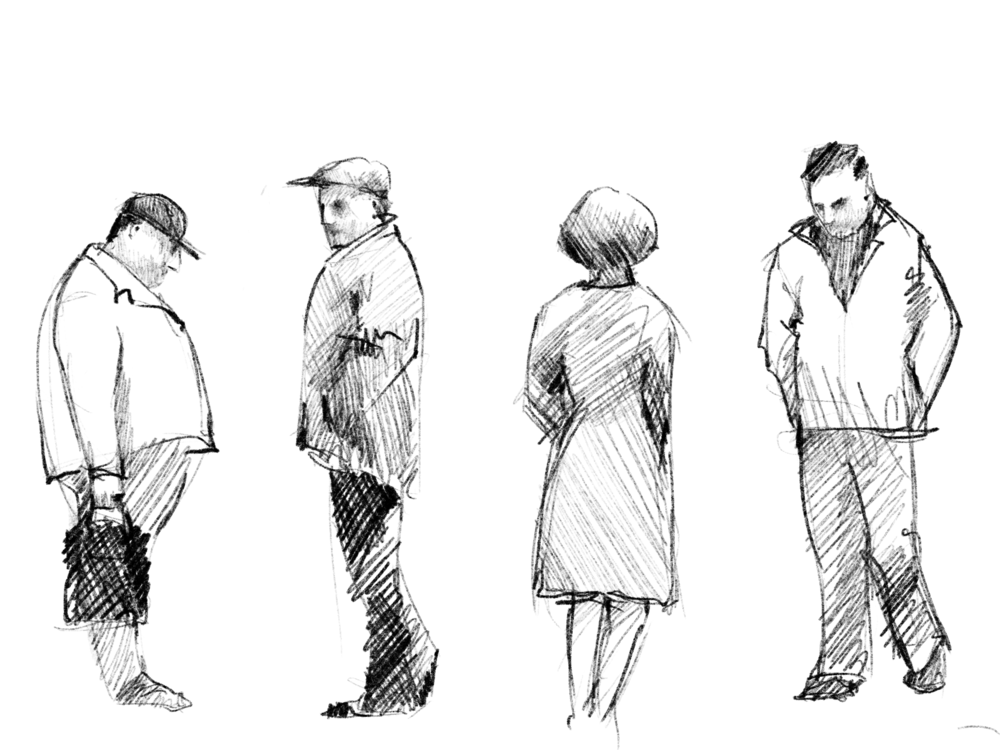 Noodling on the ipad last night I tested drawing some people from imagination. Tricky but quite satisfying.

I’ve had good intentions to do more digital drawing for a few years now.   Every now and then I open up the (many) ipad drawing apps I have and take them for a spin.   Up to now I’ve been pretty underwhelmed.   The response and the feel of stylus on screen just isn’t the same as pencil or brush on paper.  Brush ‘painting’ especially is frustrating.  There isn’t a way to replicate the fine point of a sable brush and the marks all end up splodgy.

Now I know that many people do fantastic work using similar setups.  I frankly haven’t persevered enough to get over the learning curve of interface quirks and adapt to the will of the technology.   So I was quite surprised this time round that I wasn’t as frustrated as I have been before.   Whether this is due to app improvements or the fact that I’ve been drawing and painting much more regularly than before I don’t know.

I definitely noticed with all three apps that the pressure sensitivity was much much better than I remember.   With Artrage in particular I could lightly sketch with the Apple pencil and really get something that felt like drawing with pastel or charcoal.

Brush painting was better but, as a watercolor painter who likes to use the full range of a sable brush,  I couldn’t come close to using the same technique.  But for drawing I was encouraged enough to put the pencil on charge for another go.

Trying another bash at digital painting on the iPad.   These are using a pencil (iPencil?) with the Paper by 53 app.   I’m trying hard not to get that overworked, oversmoothed look you often see with digital paintings.  Takes forever though – much quicker to just paint the damn things. 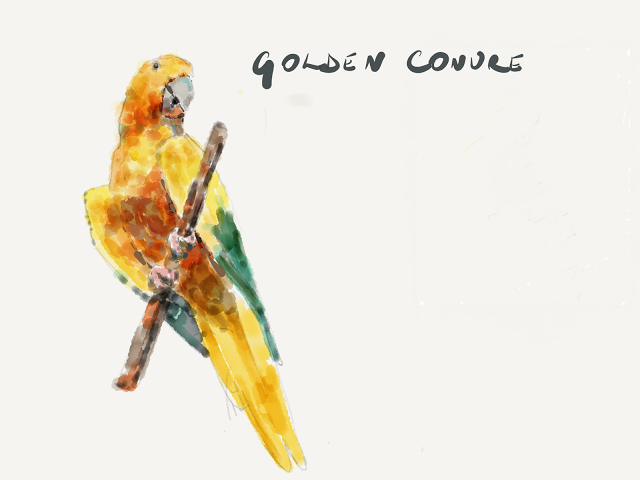 I thought I’d try a digital painting.   This is not as straightforward as it seems but I persevered and  it didn’t come out too badly.    This was done on artrage on a microsoft surface (yes microsoft) with a sensu brush.

Came home too late to get the old painting sticks out but decided to have a bash at getting the tones right on my Wacom tablet.   The drawing experience isn’t much like real paper but for noodling around and practicing it’s pretty awesome.

If you ignore the ‘grass’ I’m pretty happy.    I started with a mid-tone wash and then a slightly darker one to start modeling the shapes of the rocks.  I then put in a darker tone still for cracks in the rocks and a final very dark tone for the deep cracks.    I then realized that I didn’t have the faces of the rocks that were in direct sunlight light enough so went back over with the lightest tone to mark these.

So what did I learn?    Well first – I didn’t leave the highlights light enough at the beginning so if this was watercolor I’d be out of luck.   Second modeling with fairly close mid tones worked well and saving extreme darks for touches here and there gives a good effect.   Thirdly I can afford to go 2 or 3 shades darker in the lightest areas when touching in the cracks on the lightest faces.  Finally – the rocks look fairly complicated but were actually built our of only a few shapes. 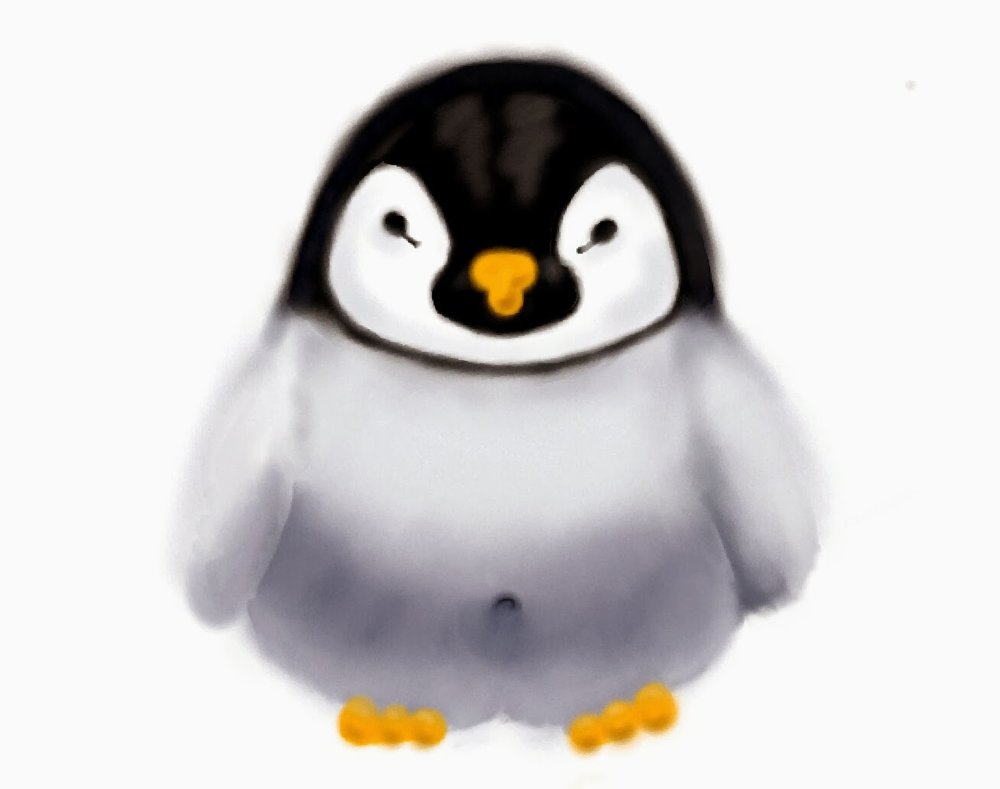 Edit:  I may have to take this down.   It’s too cutesy and I’m fed up seeing it.
Back in the mists of time James had a website that ran a program in the background and informed you when it had started and finished.   We had a character called Bob the Scheduling Penguin that was in charge.   Here he is.

And yes he has a belly button as tribute to the great cartoonist Steve Bell.
James requested an update to Bob and so I started on a cute, airbrushed penguin complete with belly-button.   I’m not a fan of the airbrushed look and I’m certainly not an expert but he has a certain charm.
One nice property of Infinite Painter is that it saves the progress of your painting in a series of images.  A quick pass through iMovie and you have a record of how you got to the final product.
Here it is warts and all.  Note the part where I managed to erase part of his wing by mistake.   You’ll have to run it full-screen to see the fine detail parts in the second half.

So Santa brought me

for Christmas which is a Wacom pressure sensitive screen on an android tablet.   And very pleased I am with it too.  After trawling through *all* the drawing apps I settled on Infinite Painter which has a great interface and a good range of brushes.  Most important for me is to be able to get good texture in the brushstrokes and to be able to blend colors without getting that over-smoothed look that a lot of digital paintings have.