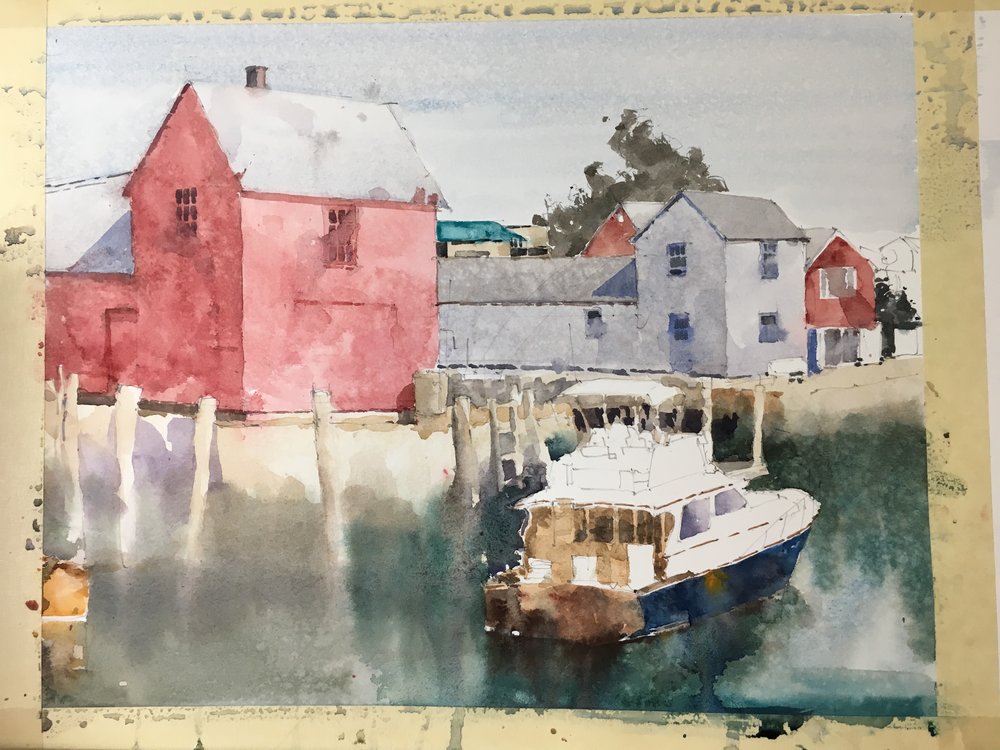 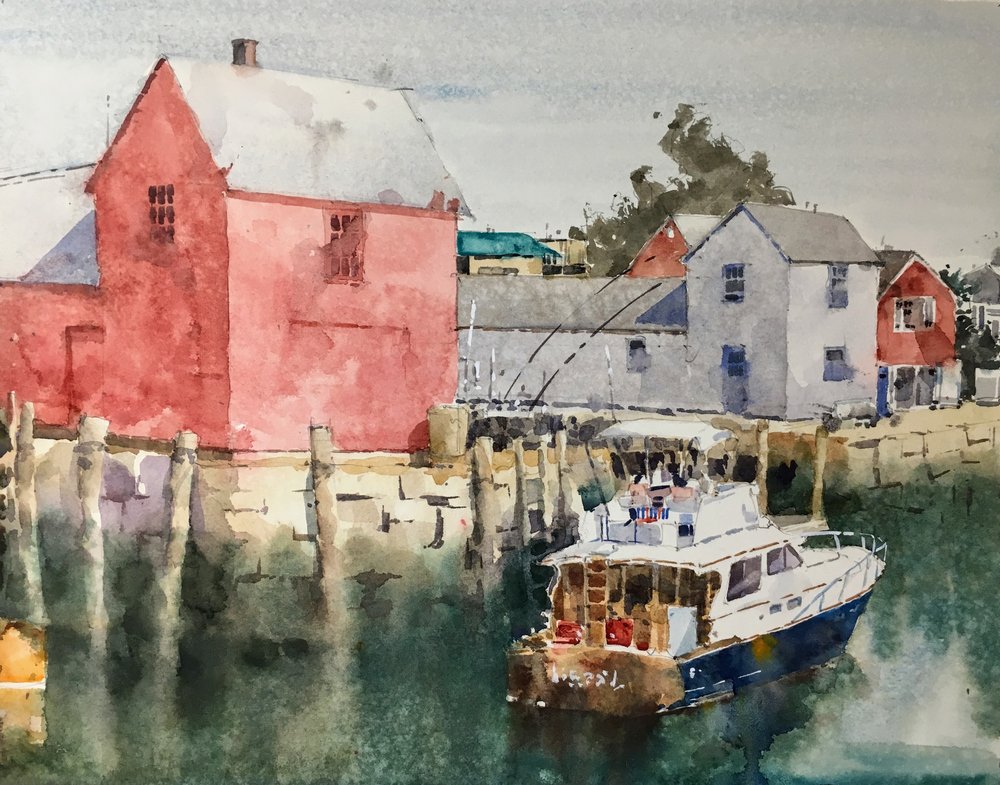 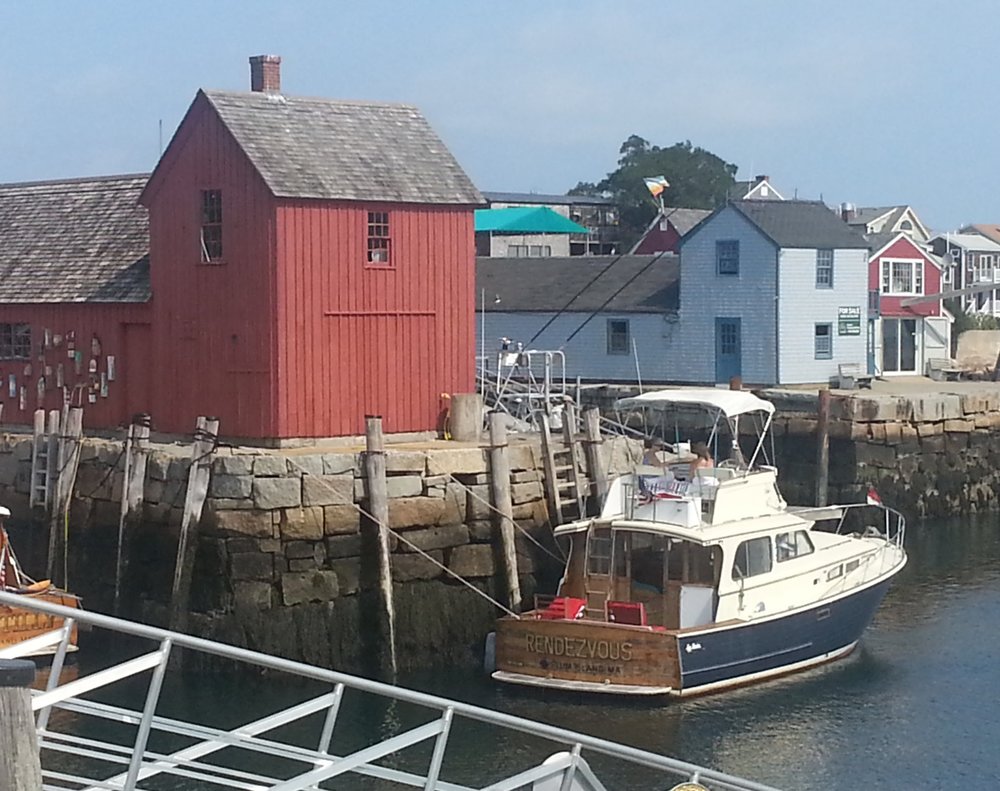 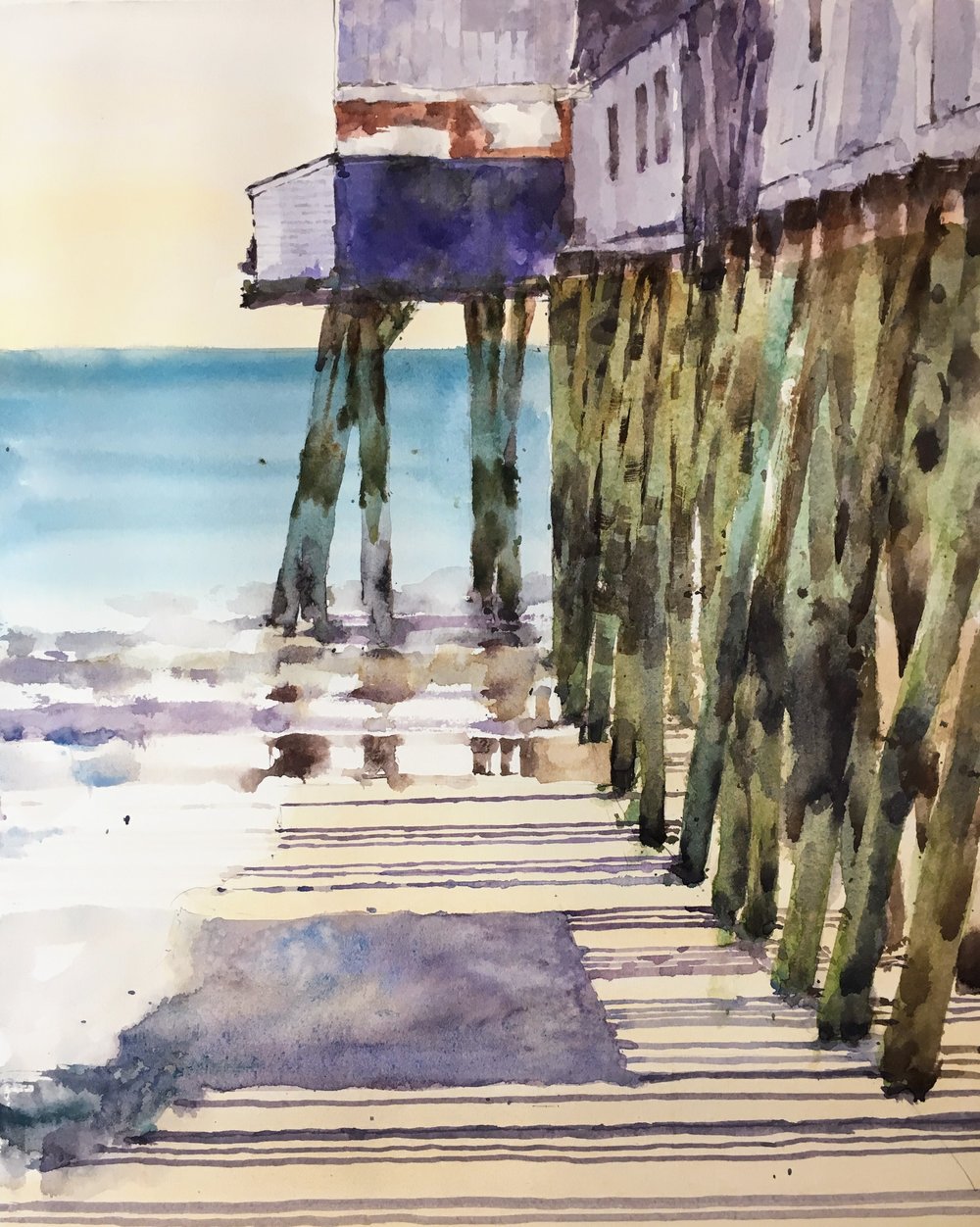 I’ve been wanting to do a dusk painting for a while. I snapped this scene on my phone back in November. Even though it was raining and the shot was rainy and out of focus it caught something of that magical time where the sky has wonderful color and the buildings are muted and shadowy. Not perfect by any means but I’m pretty happy for a first shot.

We were all sitting down by the dock on our Mystic, CT visit. What a good time to get out the sketchbook I thought. Just a small sketch but very enjoyable to do and I like the close crop that doesn’t quite reveal what’s going on immediately.

A good session at
Post Road Art
last week with Andrew Cefalu in charge and keeping us all in order. Unusually this short 5 minute pose was my favorite of the night. In previous sessions I take about 2 hours to warm up and the last poses are my best and frankly I prefer it that way.

For the record here’s the evening’s work in its entirety, warts and all. 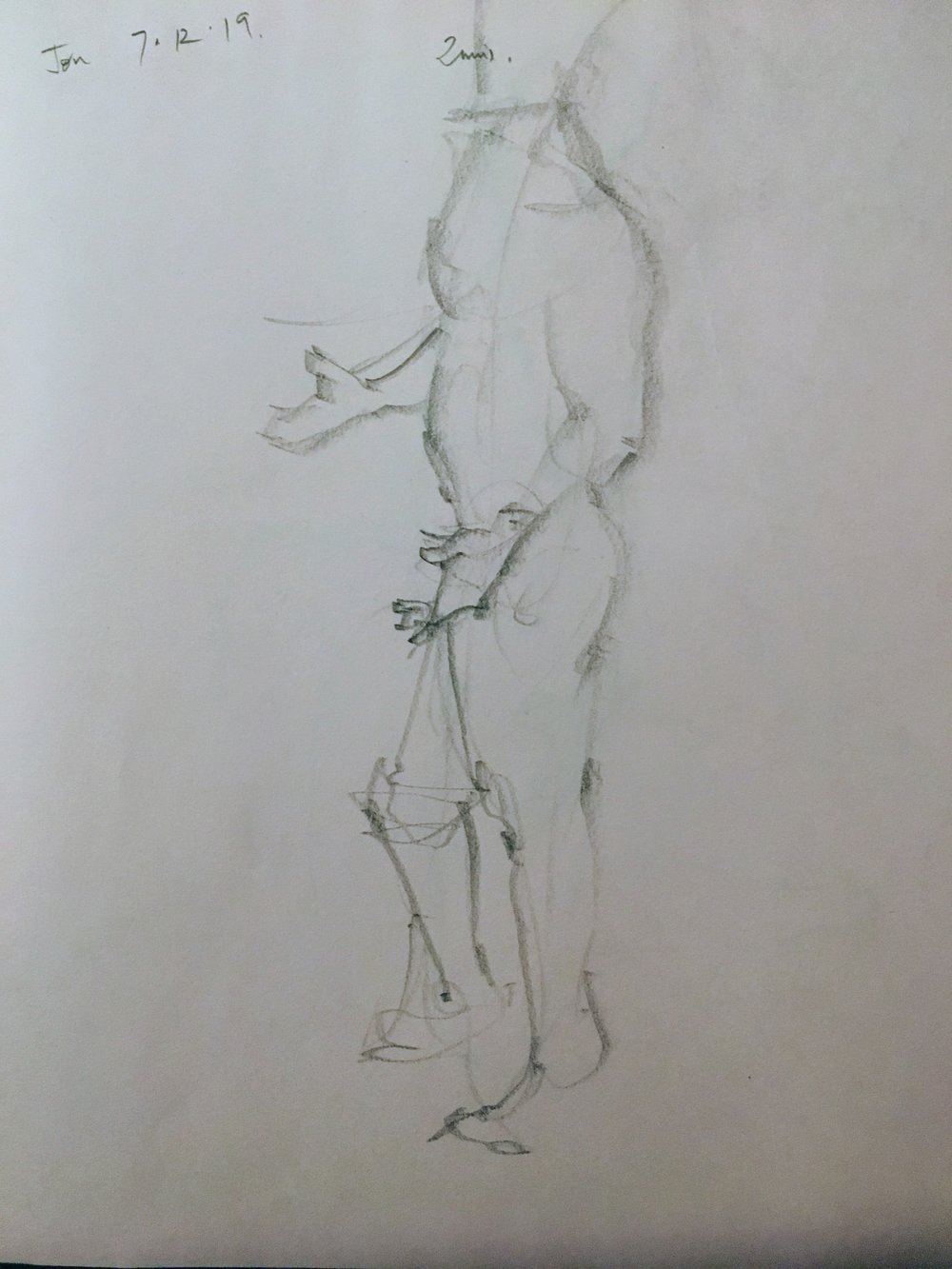 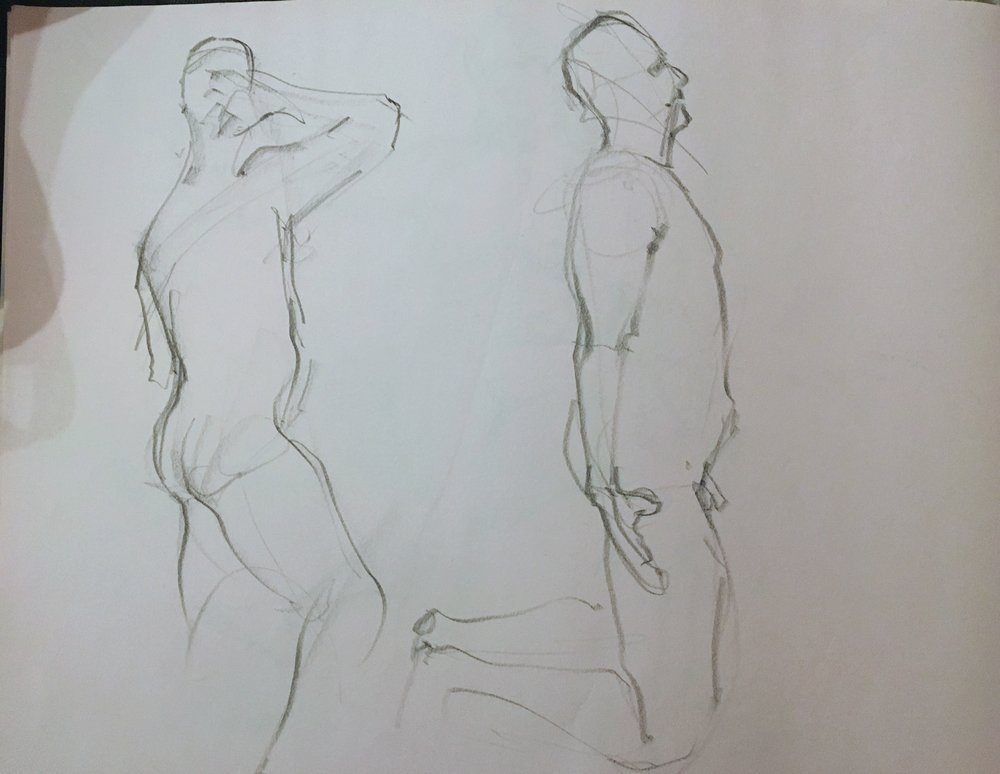 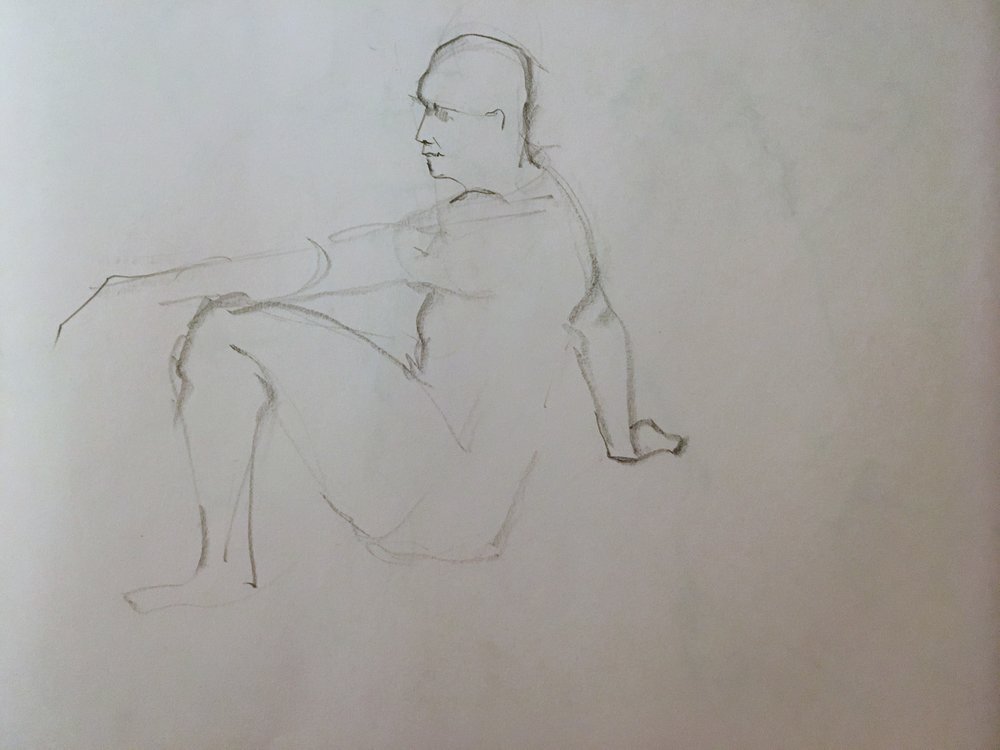 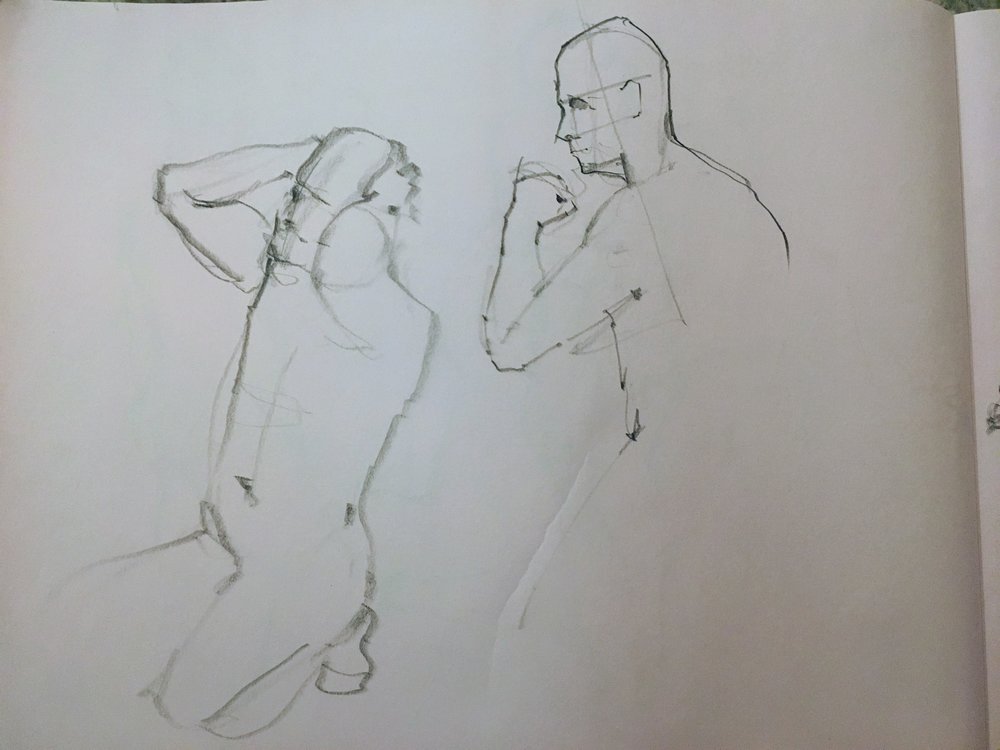 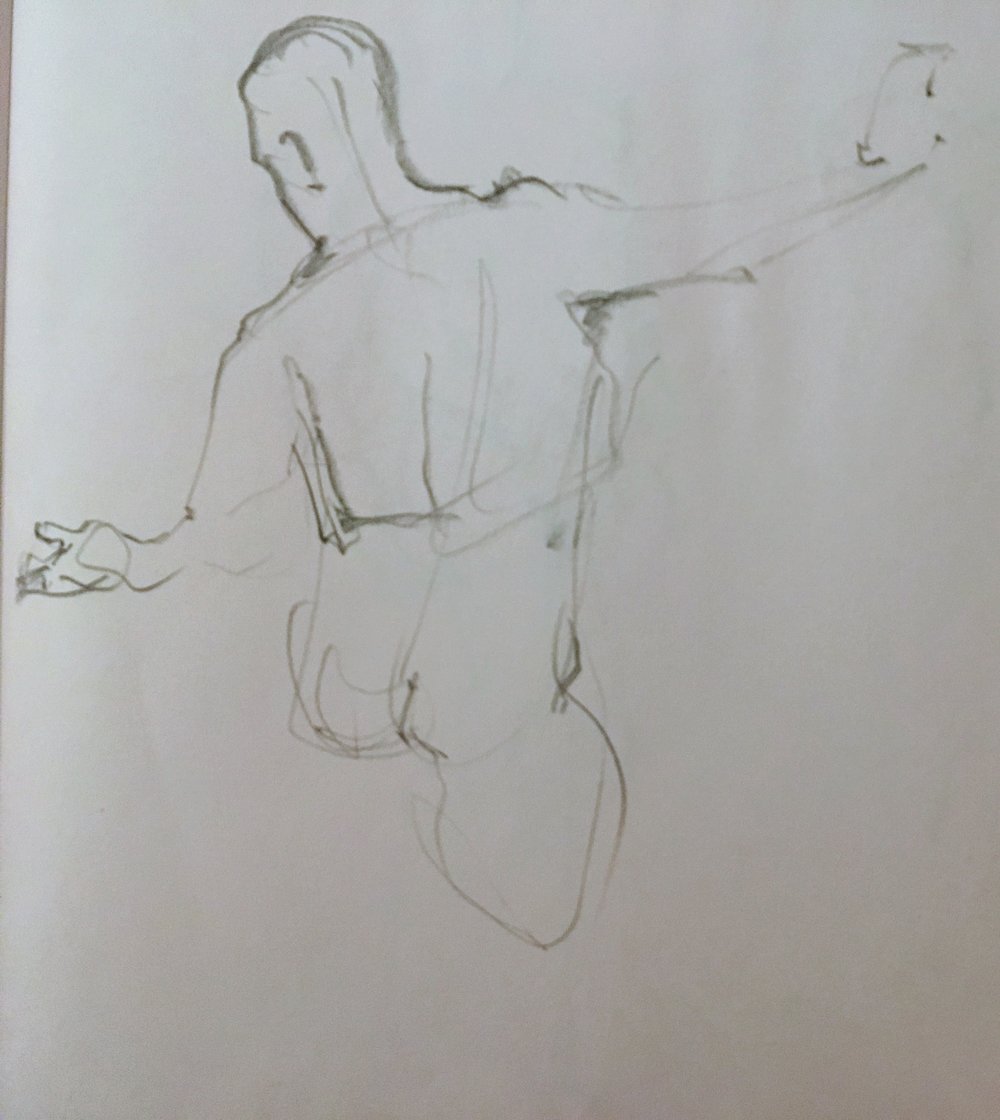 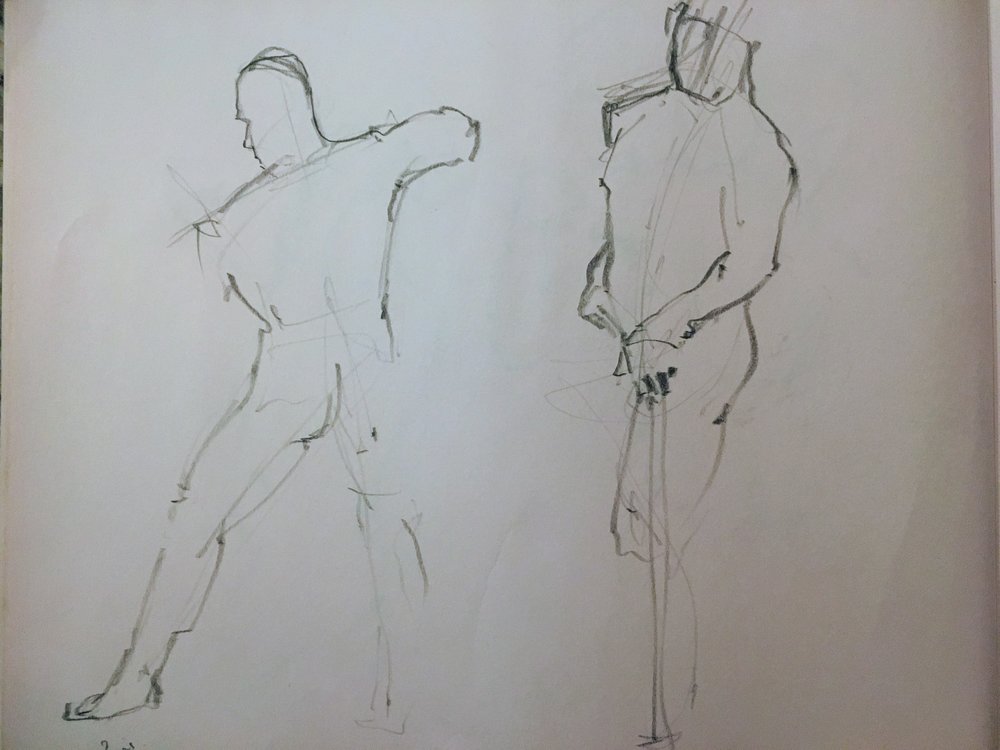 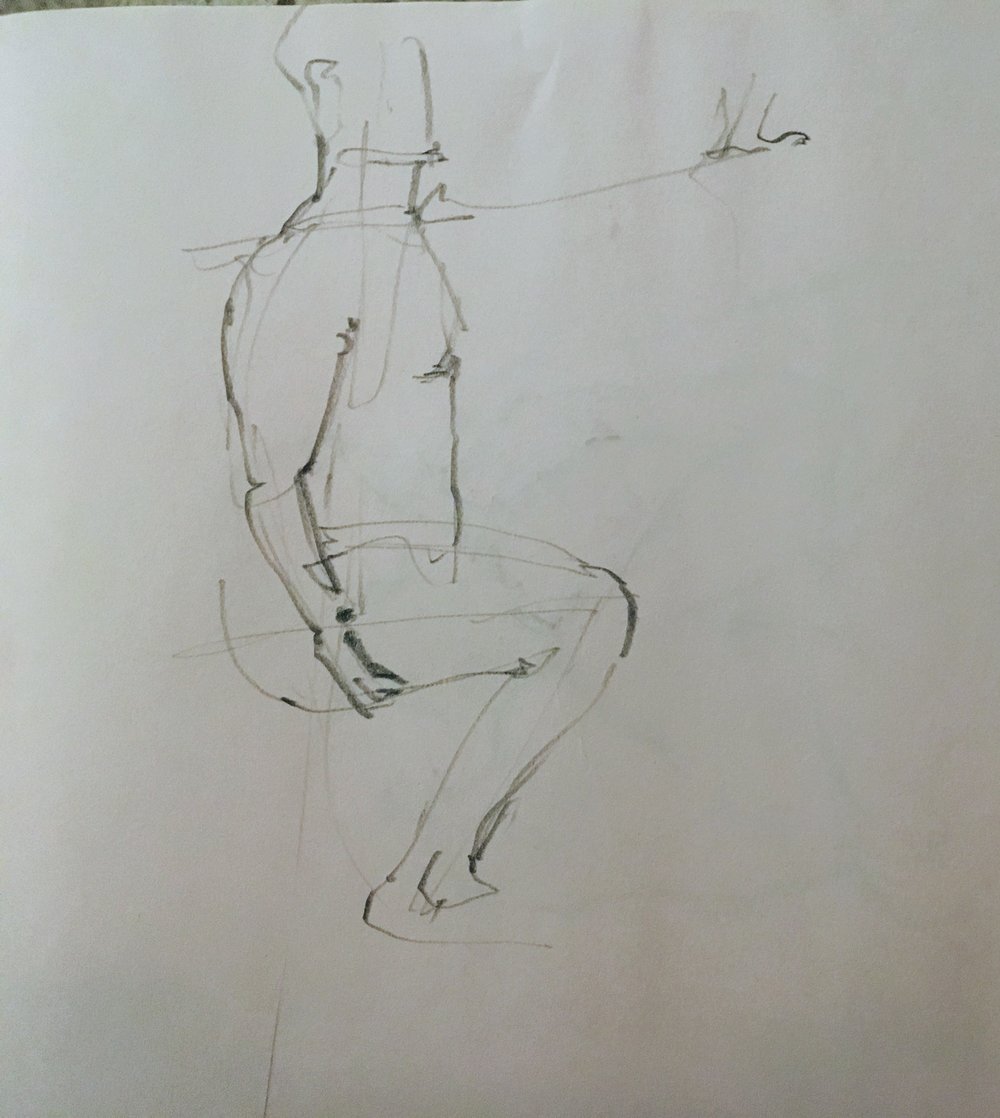 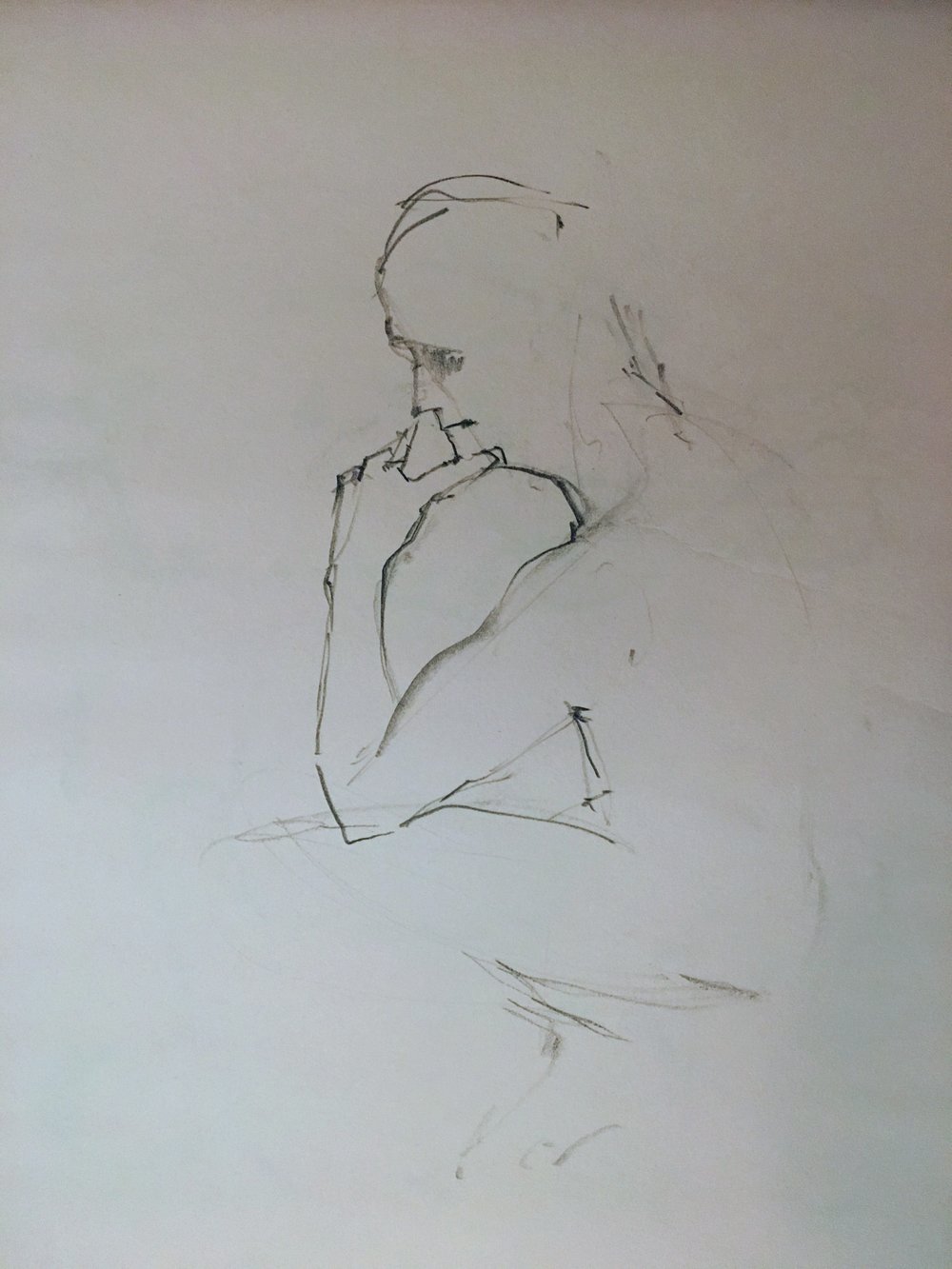 Some nice stuff here. We had a great model with expressive poses and it really does help. 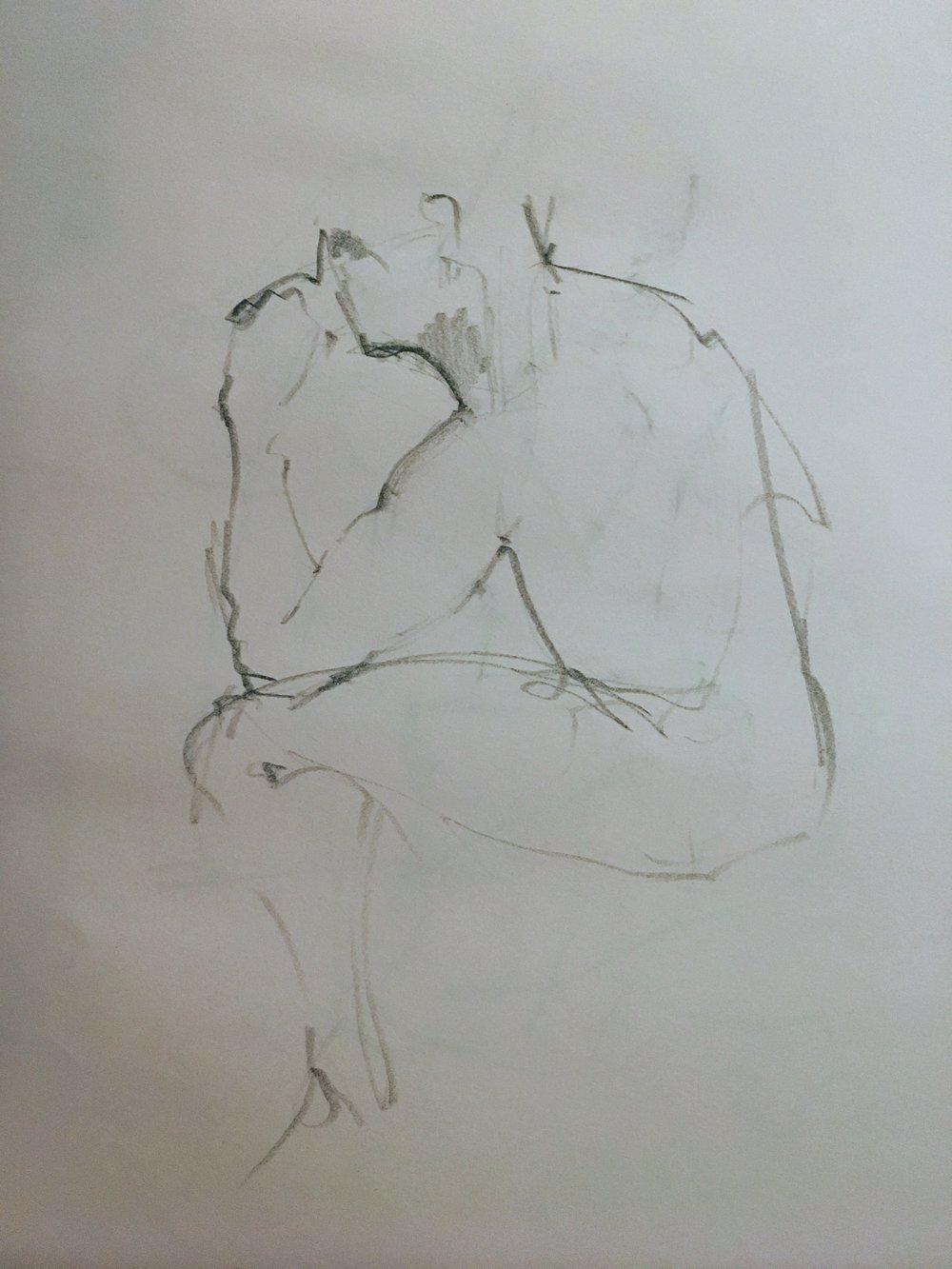 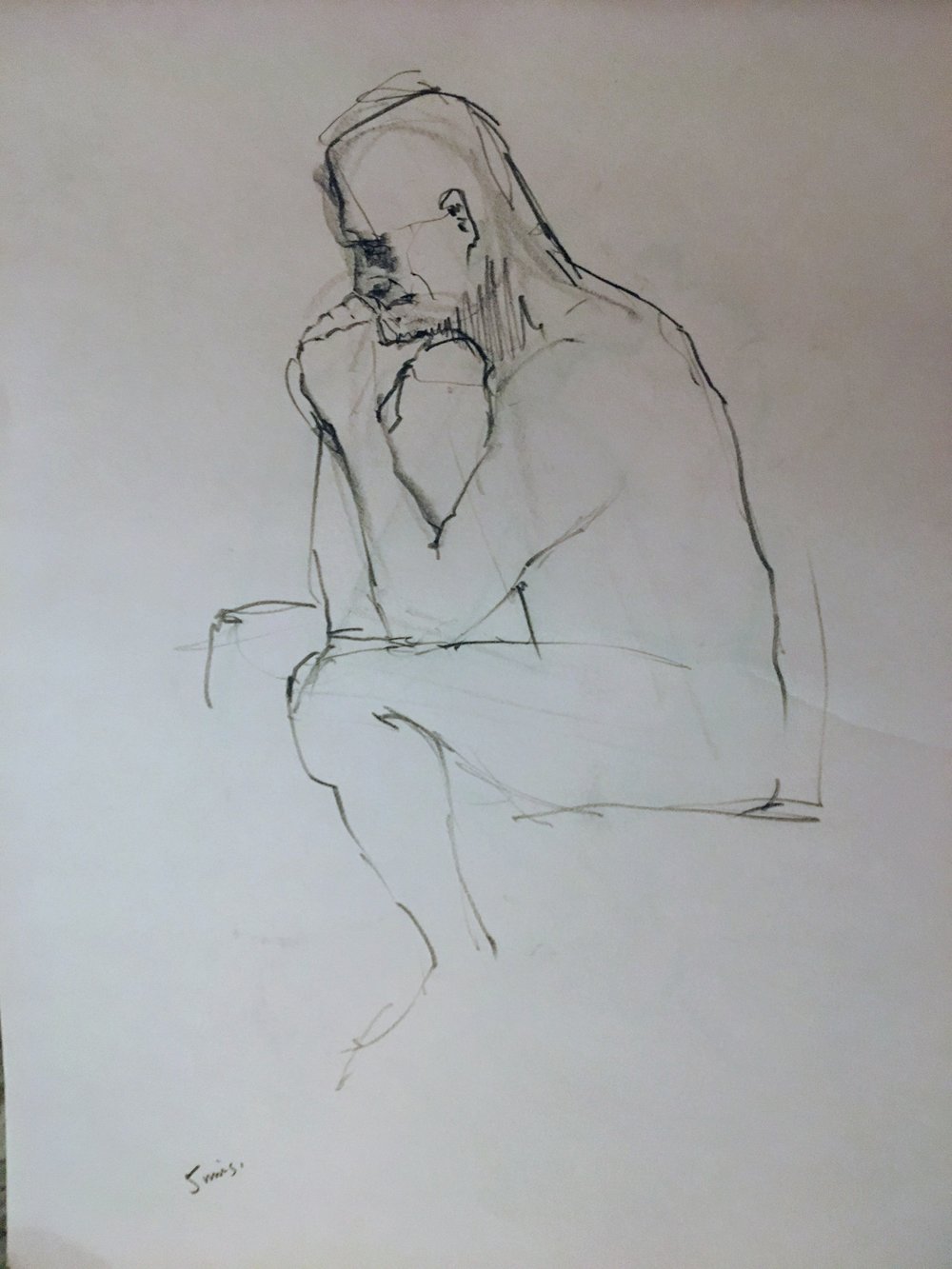 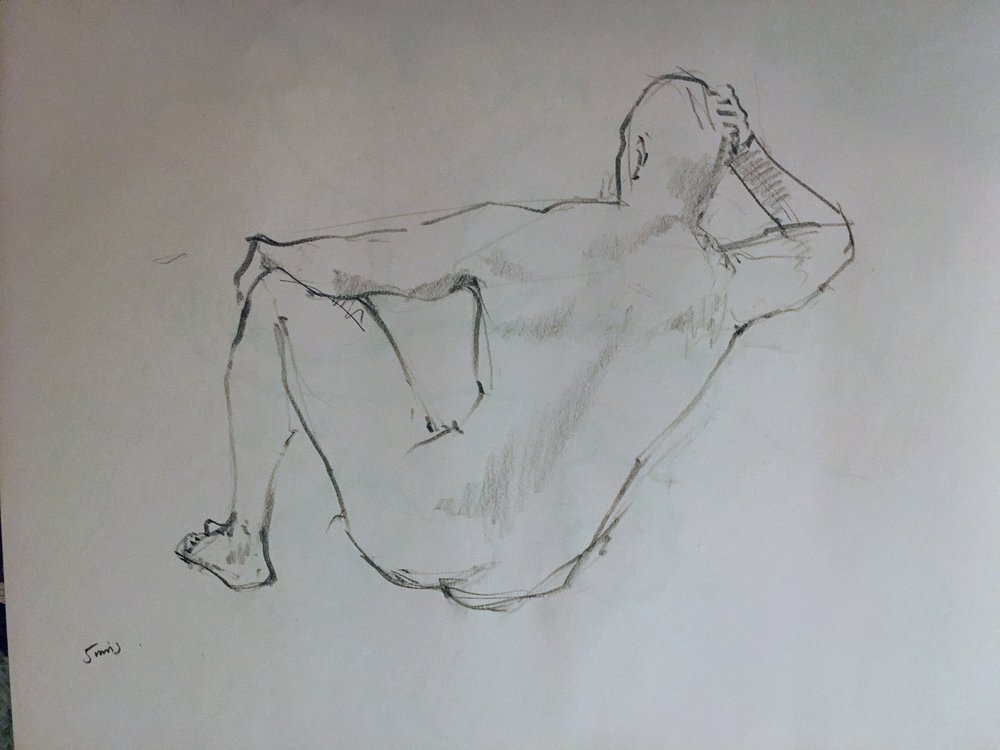 Not too bad. I seem to have concentrated on the head and hands which is fine by me. Heads, hands and feet are hard.

Finally the 15 minuters. Not my best of the night but they were fun. Good times. 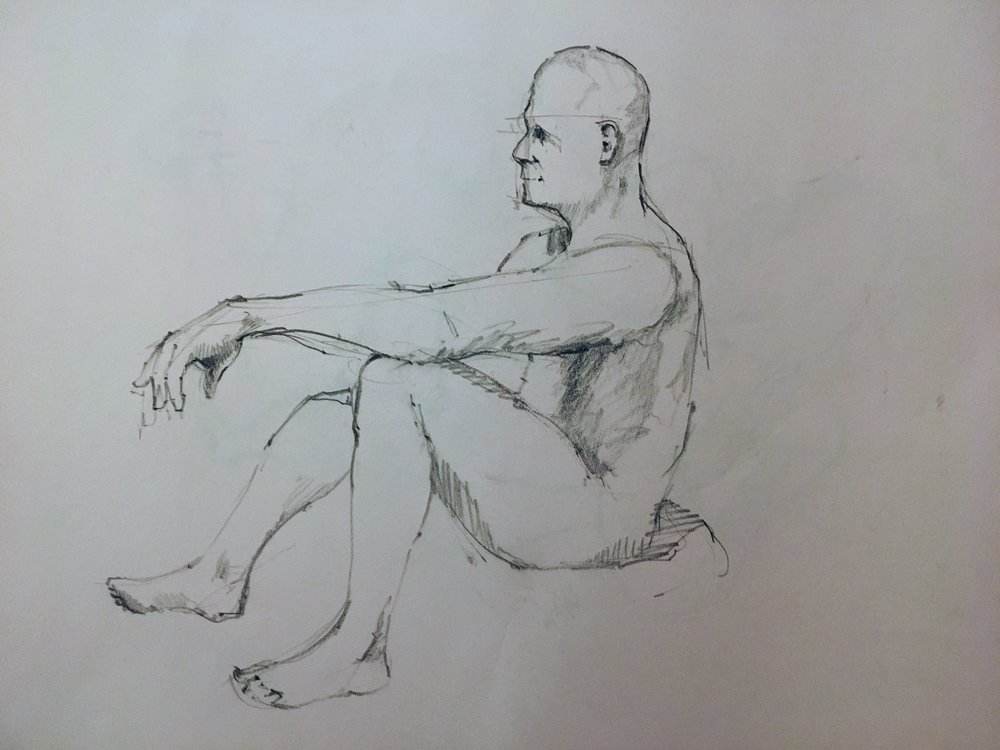 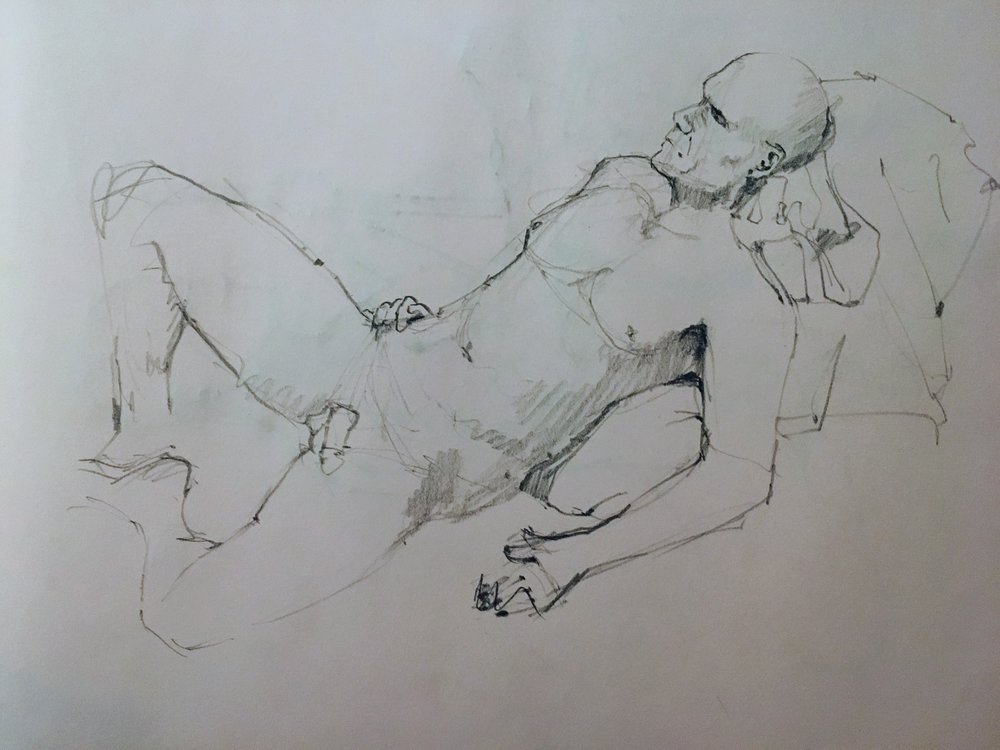 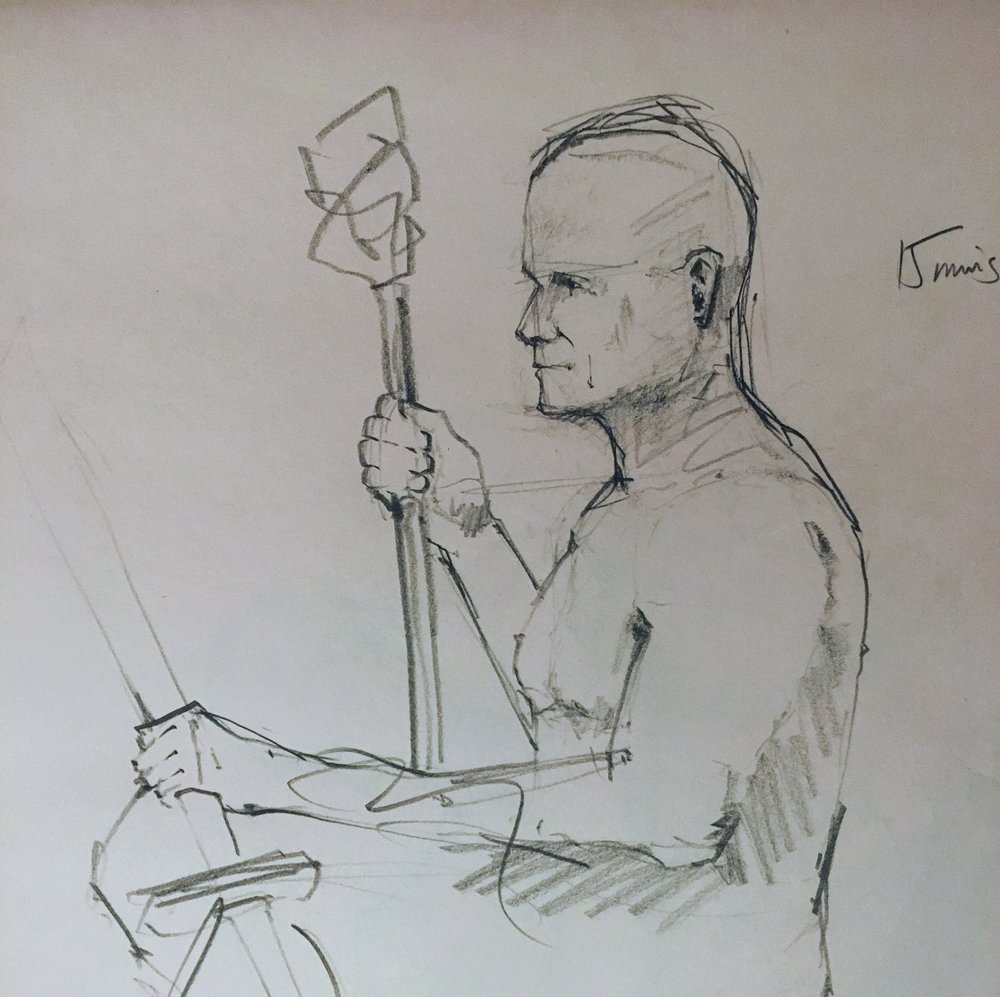 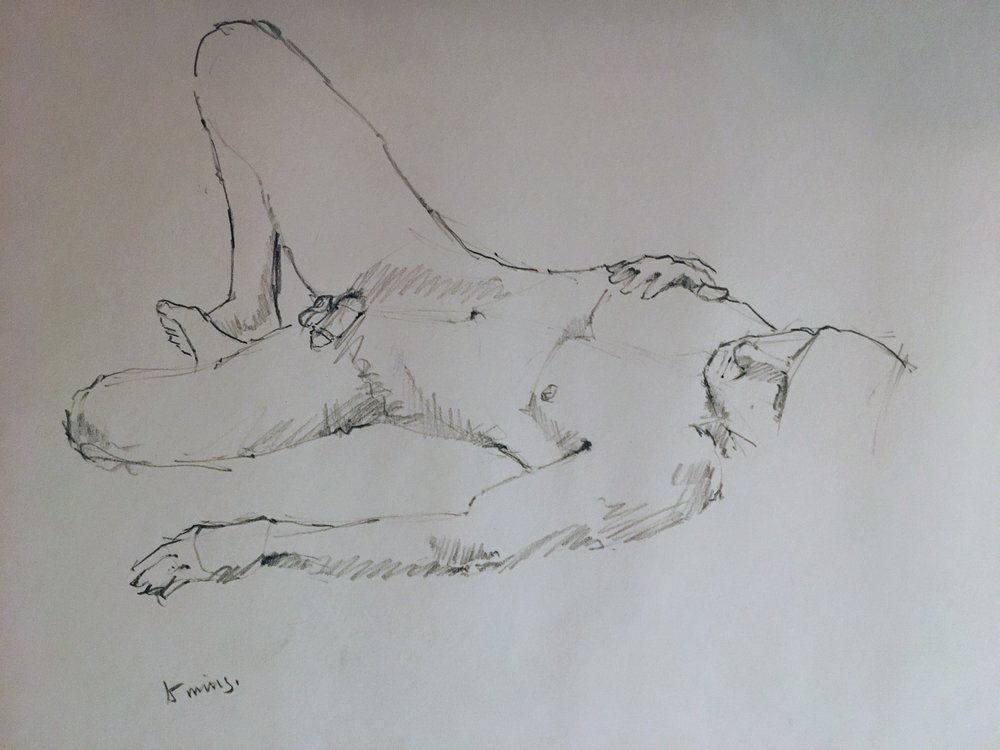 Another from our trip to Southwick’s zoo. You can’t really go wrong with a camel as a subject. They have wonderfully shaped heads and bodies and a very characteristic posture. I’m leaving this for today as I’m not sure it’s finished but, apart from a few touches, I think I’m pretty happy with it.

(James says I should do more detail in the fur but I’m not convinced).

I’m getting behind with the blogs. There’s some stuff I need to put on that I’ve been procrastinating over but that can wait.

I painted this before. We’d visited Shelburne which is well worth a visit – especially for the flower bridge. This is a view from there which I’d always liked the composition of so why not give it another go?

As usual I’m in two minds about this. It was a bit of a struggle and I think the first version shown below was better. Darn. 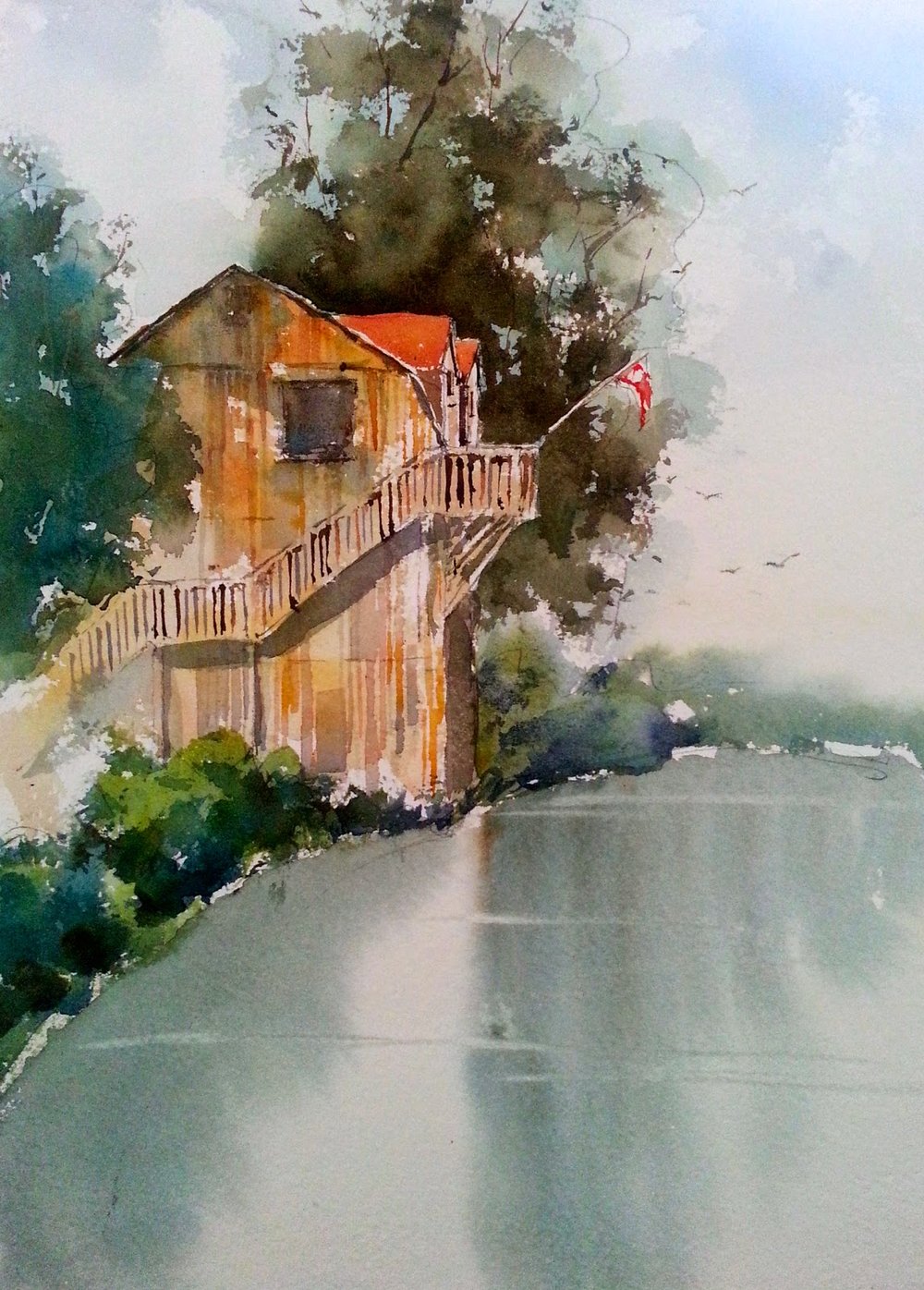 Another go at this with a different composition and more muted colors.

I can’t usually resist painting a lighthouse and this is from our recent trip to Mystic, CT with some friends. We tried to walk down to see the lighthouse but couldn’t quite get there so this is from a photo taken by the ever lovely Heather Longden from the water.

Lots to like here. Great sense of sun and light and some nice subtle shadows. There will probably be more to come in this vein.