Feels a bit strange going back to the birds. I’ve been doing so many tightly composed city and landscape scenes that a single bird on the page feels like something is missing. That’s not to say that it’s easier though. Getting the pose right and tying the body to the plain(ish) background still take quite a bit of thought.

He came out rather handsomely though I think.

This was after the drawing and the first wash being careful to brush through the outlines to create some fuzziness in the edges and to tie the bird to the white background. 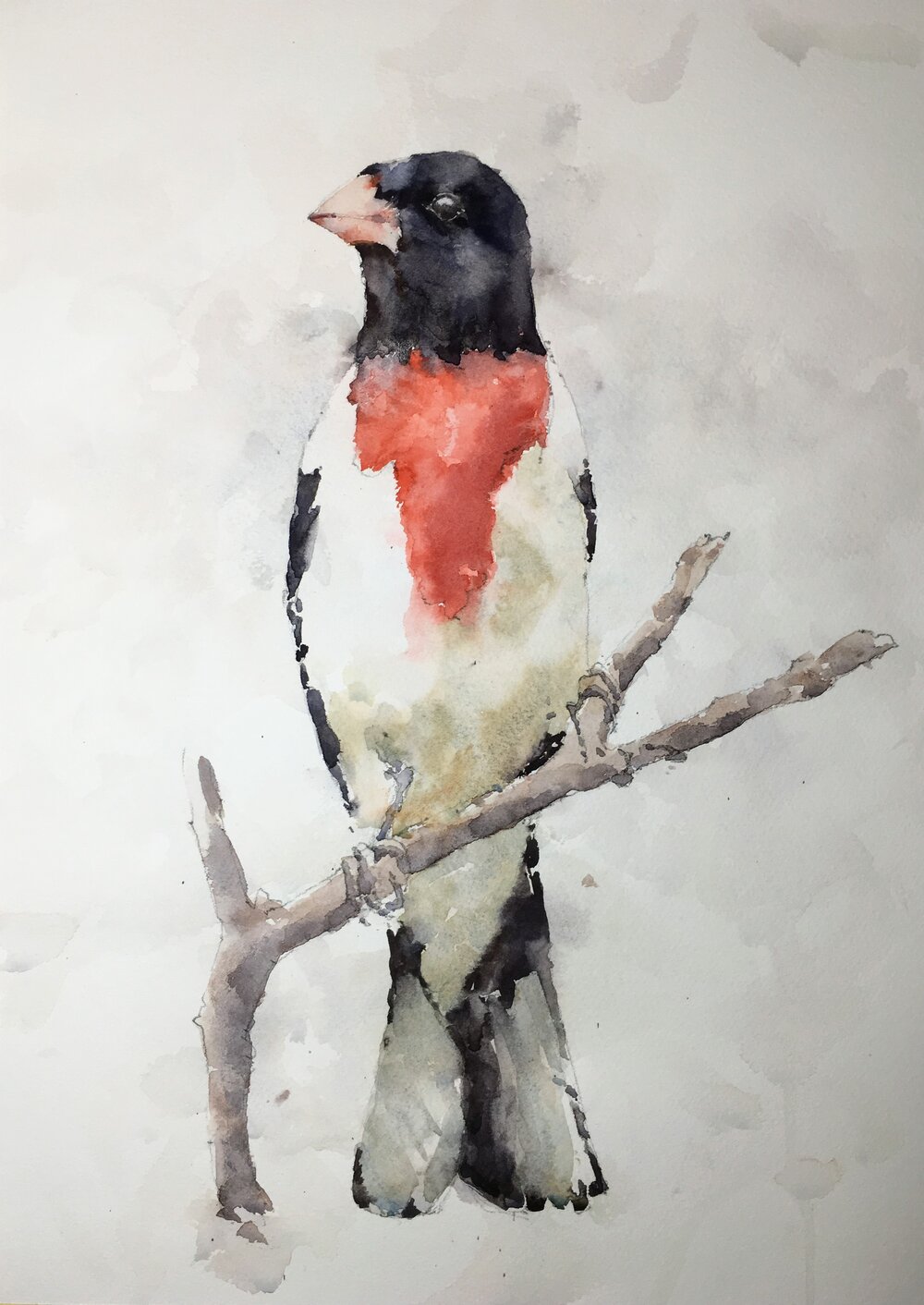 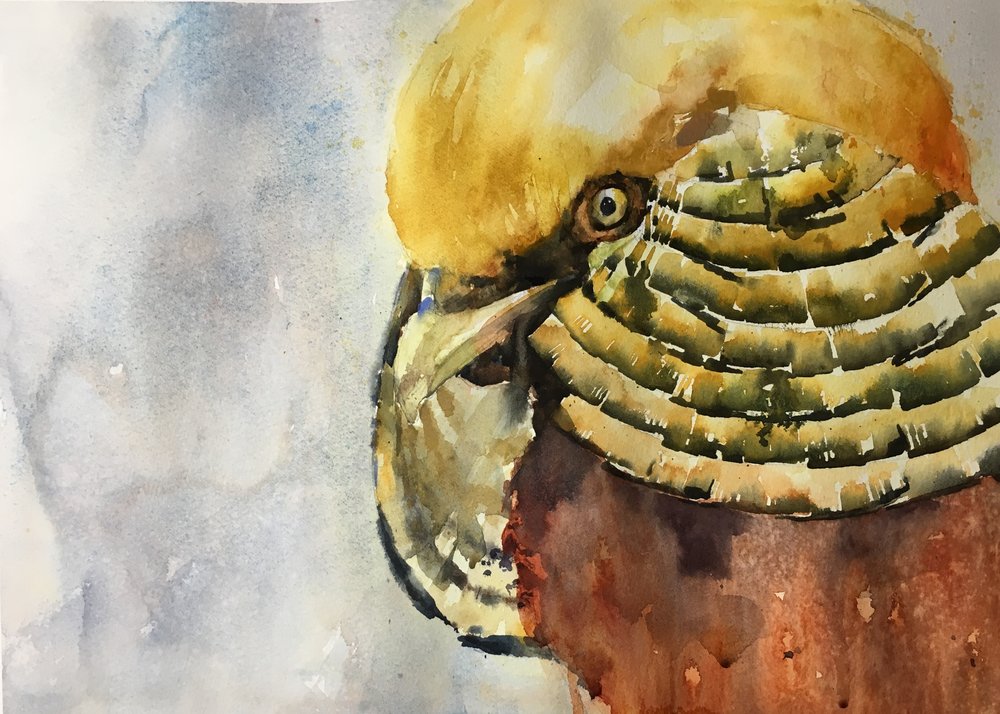 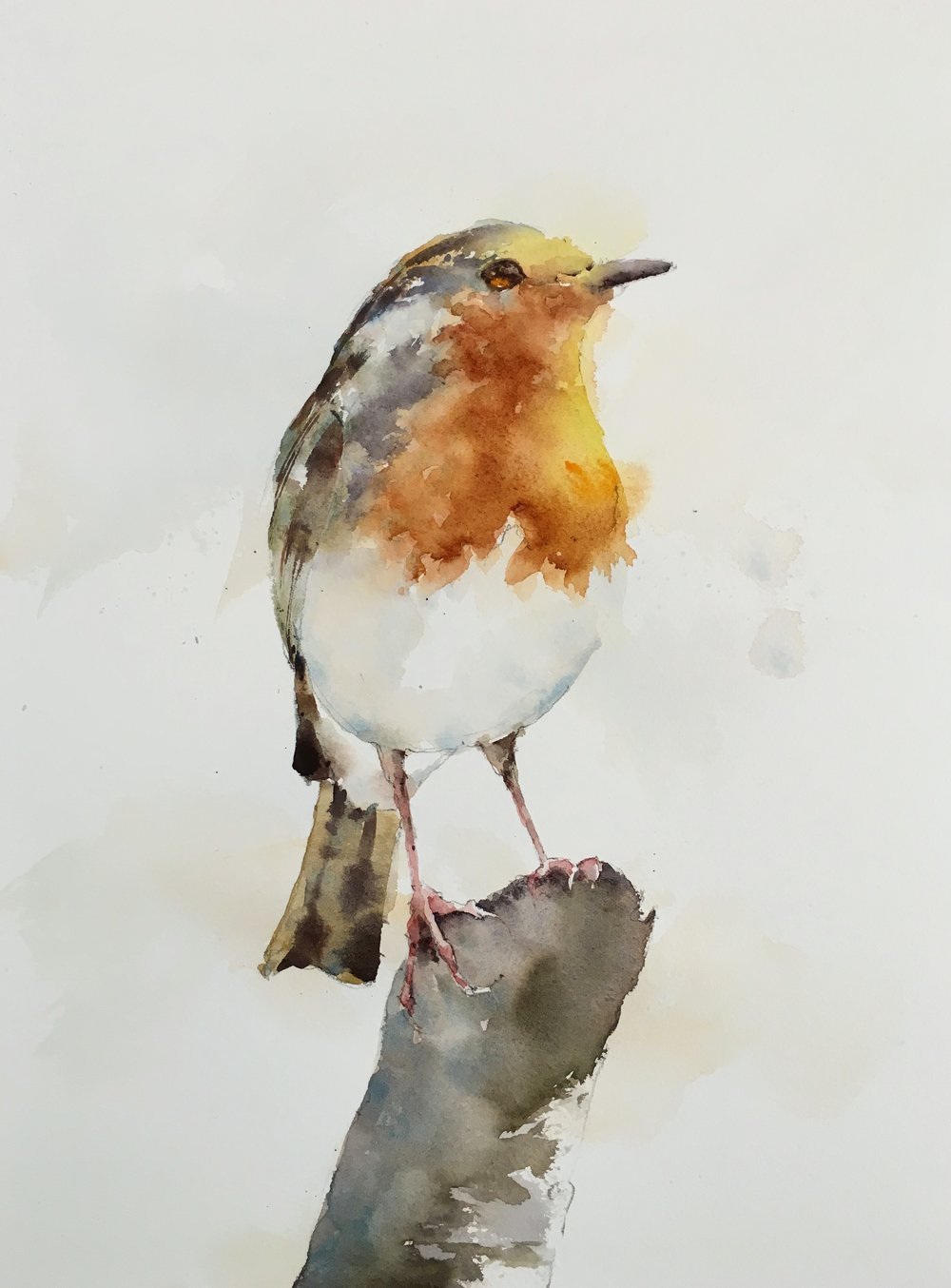 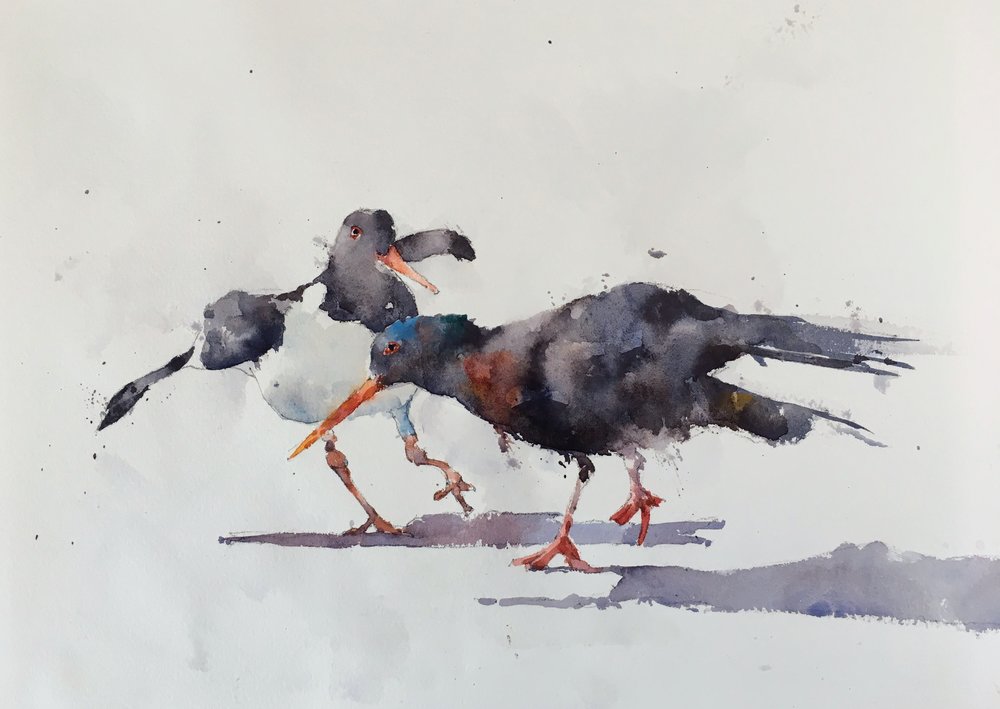