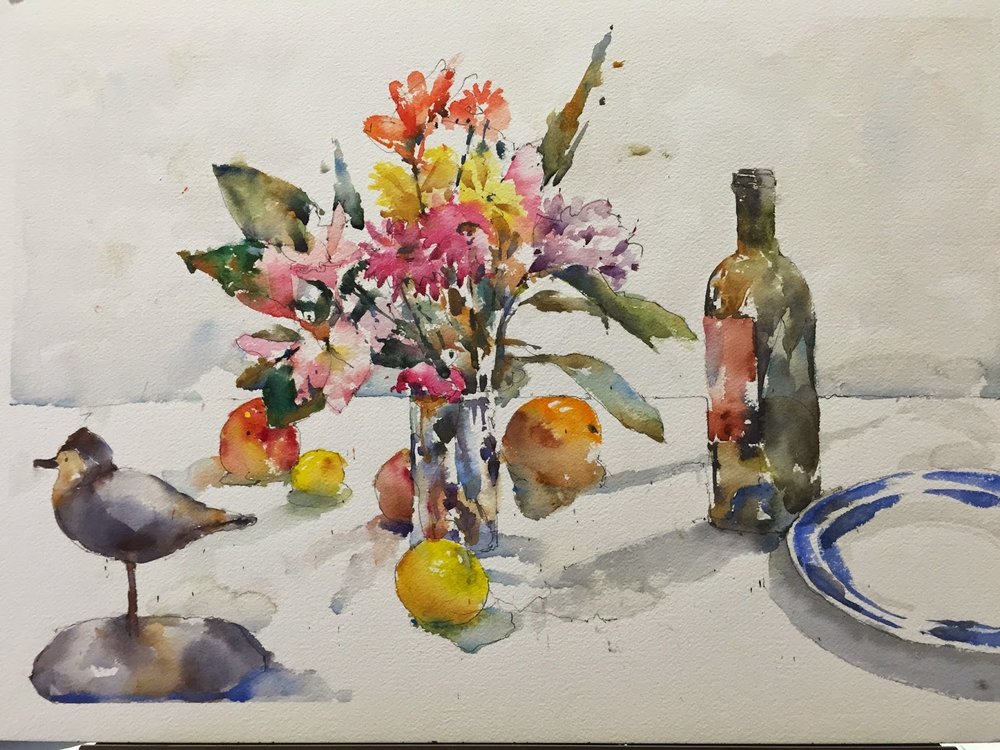 So finally it’s here – day 1 of the Charles Reid workshop.  I had a horrific night’s sleep due to there being live music at the hotel and being kept awake by people scraping furniture around for 30 minutes at 2 am.   The parking was horrendous and Charlie had to be shoe horned into a far corner of the carpark.  The room is serviceable though and the view is nice. 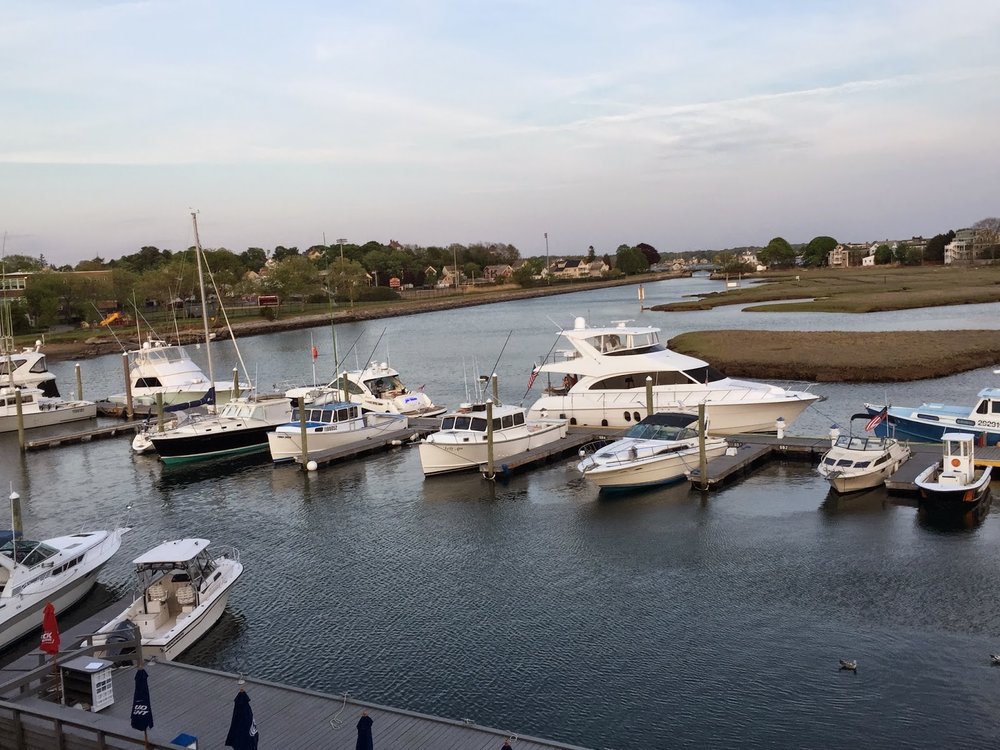 The workshop location was nice and easy to find albeit not particularly photogenic.  the space is big and airy and there’s coffee and home made muffins on tap. 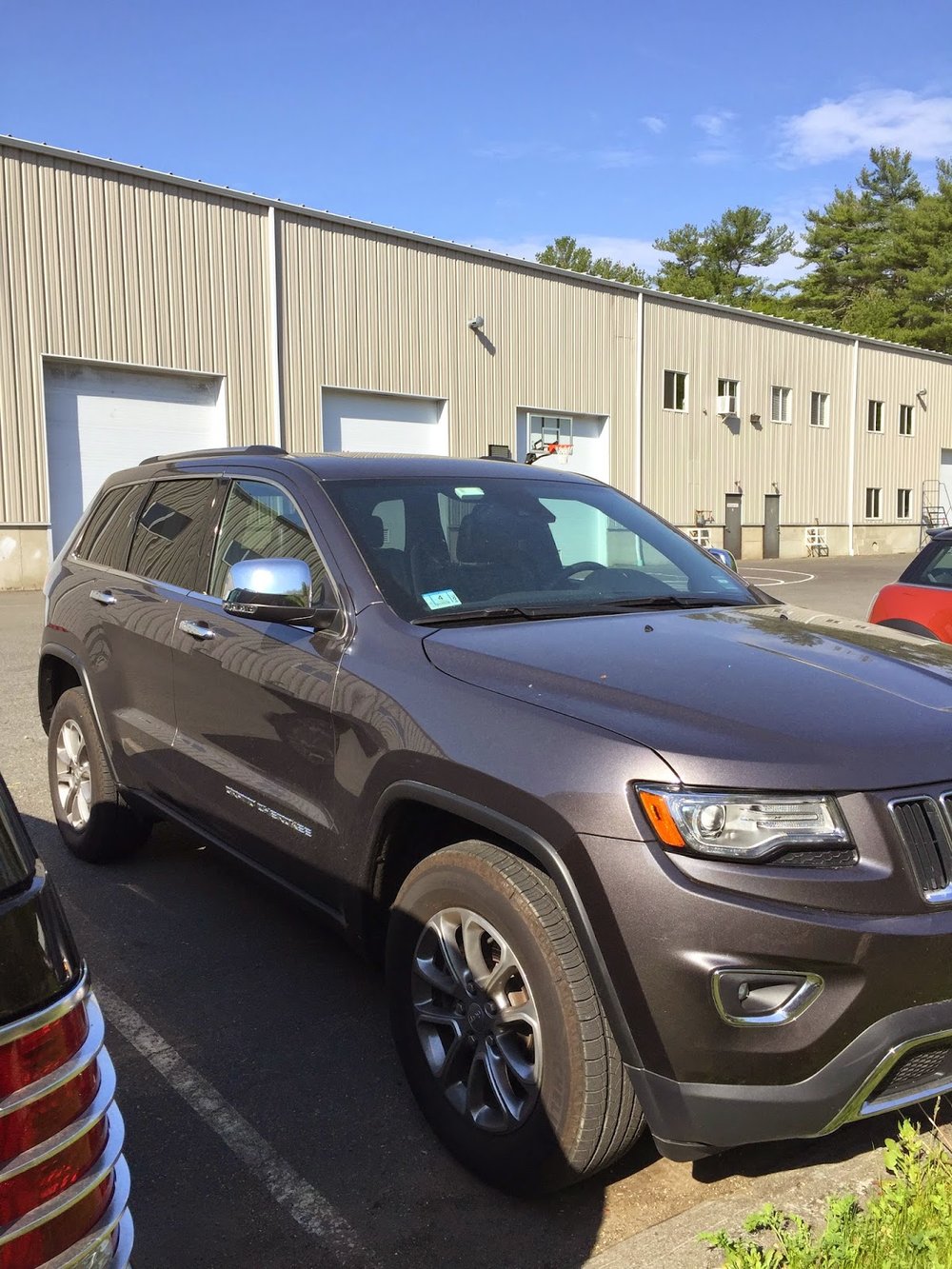 Now I’m a veteran of the Charles Reid courses there were no surprises today.    In the morning Charles does a demo and we all sit around and watch.  He takes a break every 20 minutes or so which lets us take photos of the progress.

First off – flowers.  Charles is a big fan of still life setups with flowers and there’s usually a duck/fruit/other things scattered around. 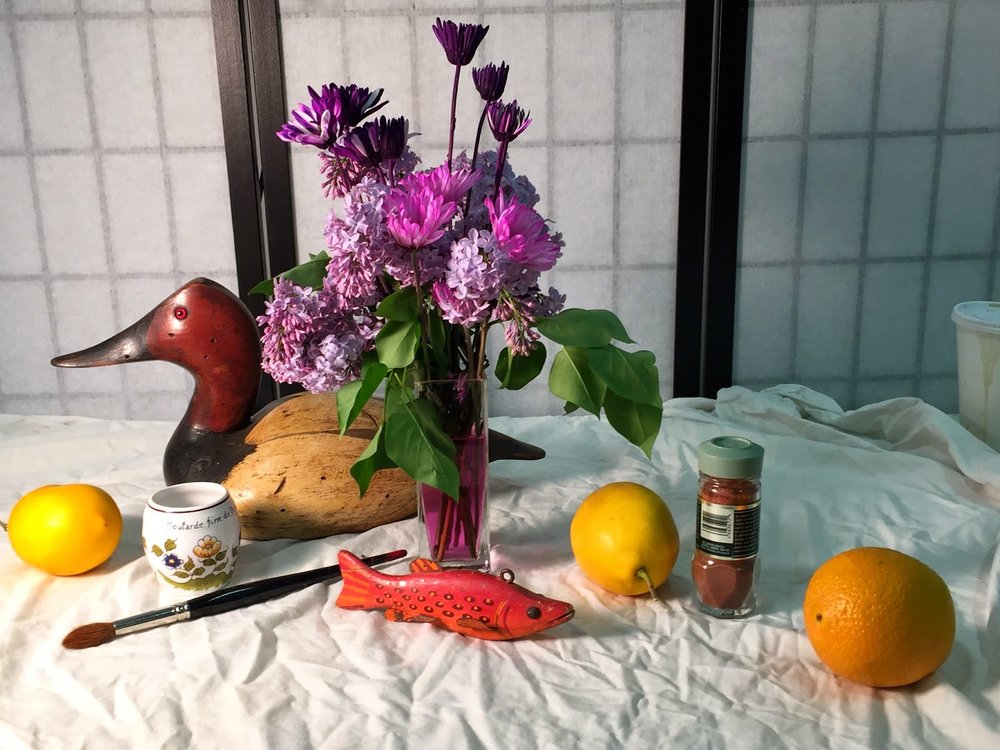 This was the setup  – note the very nice duck decoy in the background.  Thankfully Charles and Judy had brought several decoys with them which I was very happy about. 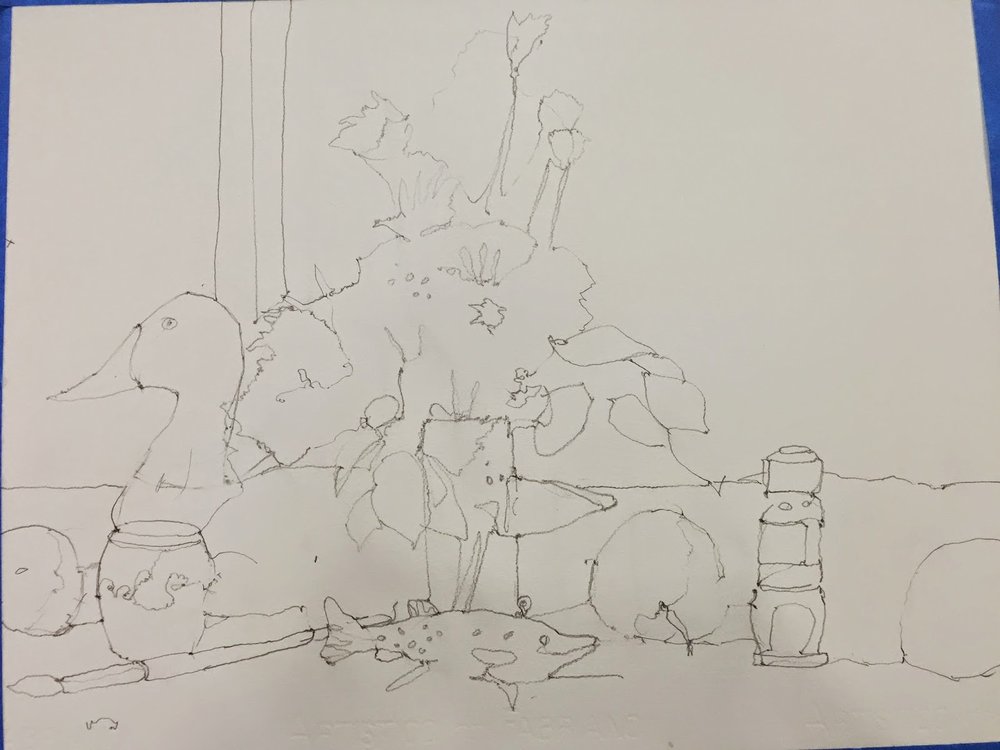 The drawing.  No sketchiness but definite lines and drawn mostly without taking the pencil off the paper.  This took about 20 minutes. 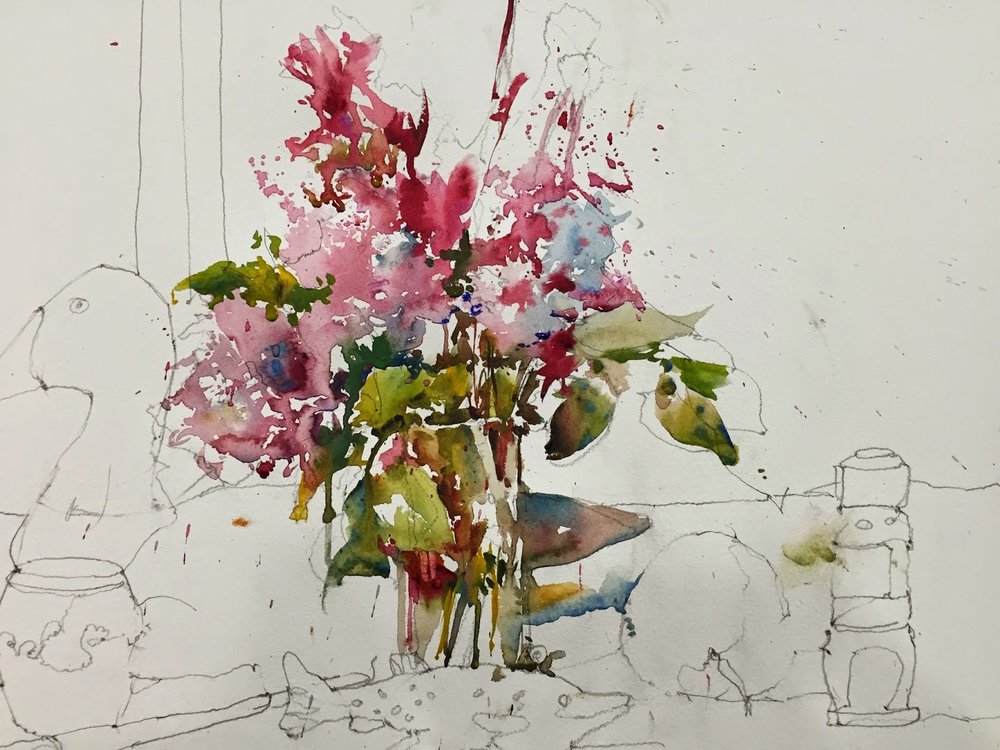 Charles gave us a quick tour of his paints and then straight in with the vase and the flowers.  He leaves a lot of white on the paper,  even (especially?) in the dense foliage parts which gives a liveliness to the painting.  I noticed that, like last time, he started with the internals of the vase which isn’t the most important part.  He did say a couple of times that things often start off a bit rocky and it takes a little time to get into a painting.  Starting with a relatively unimportant part hides any early screwups. 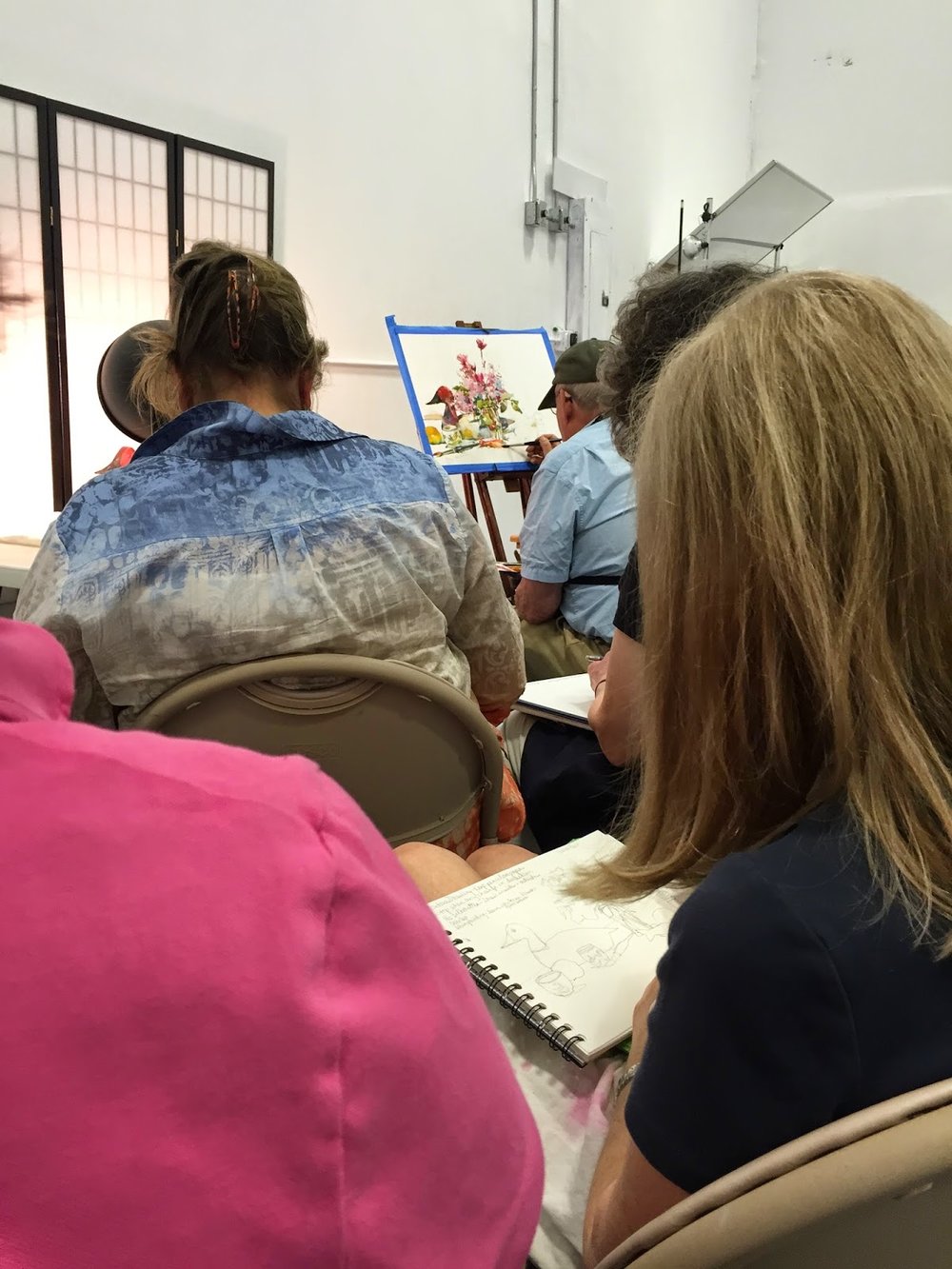 My view from the back row.   However with my trusty binoculars I could see things as though they were 6 inches away. 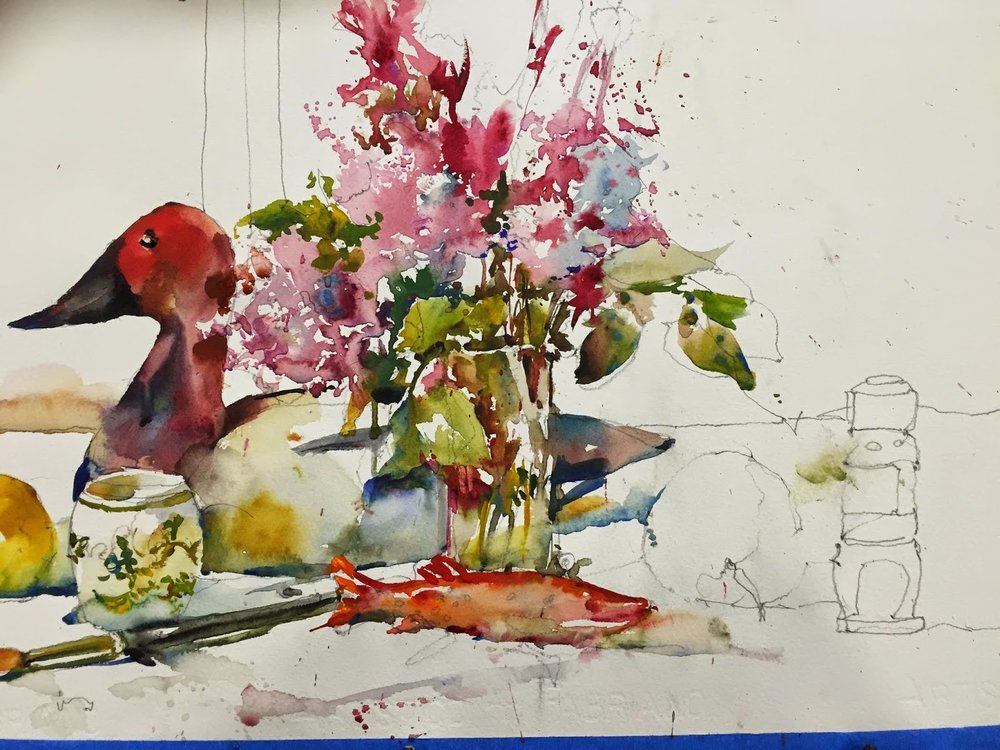 A bit further on.   This is after 2 20 minute painting bursts.  Mr Reid goes very quickly. 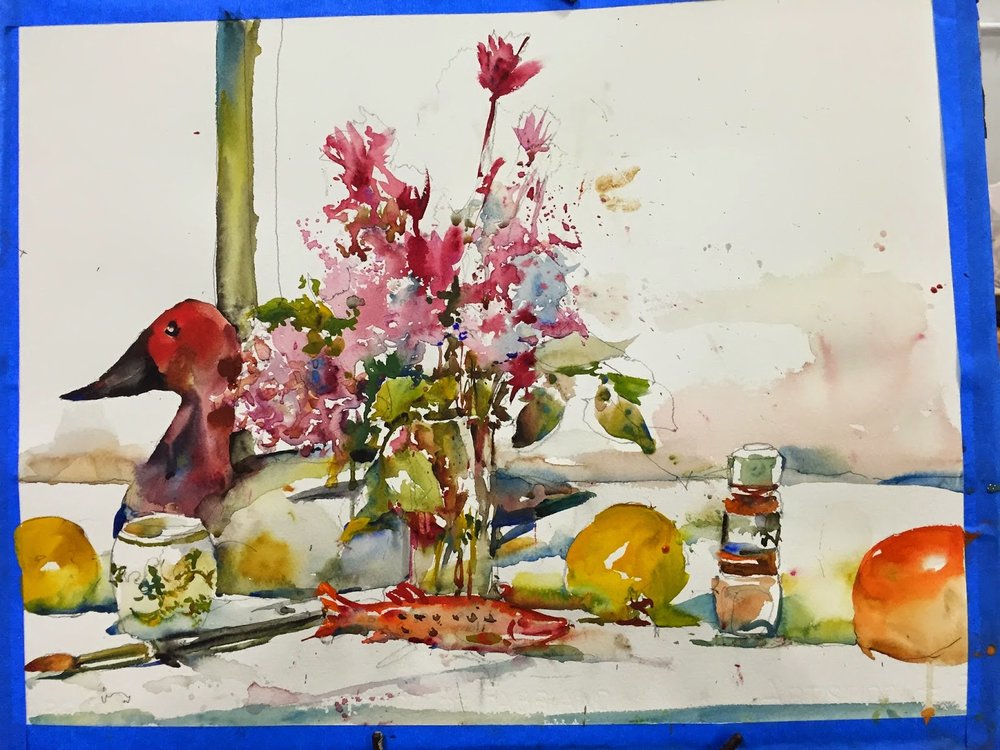 And finished.    Pretty good huh?
Now for my turn.
We all went to our painting stations after lunch (mine is in the front on the right hand side) and we had different still life setups in front of us. 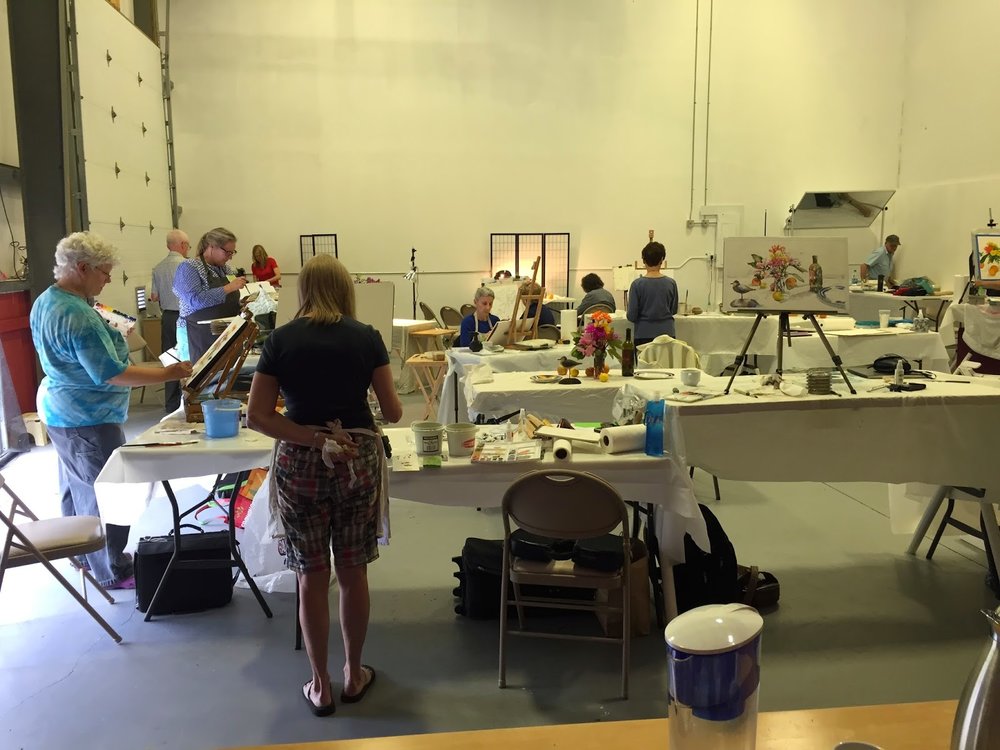 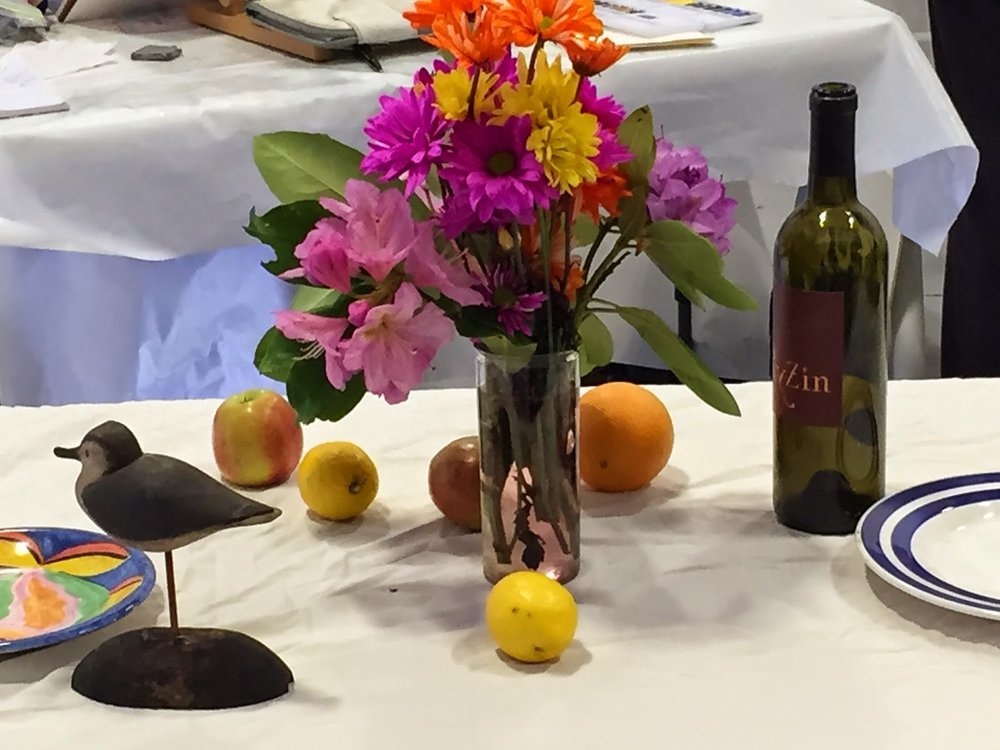 This was ours.  Not bad and there’s even a bird decoy in there.  Time to get cracking. 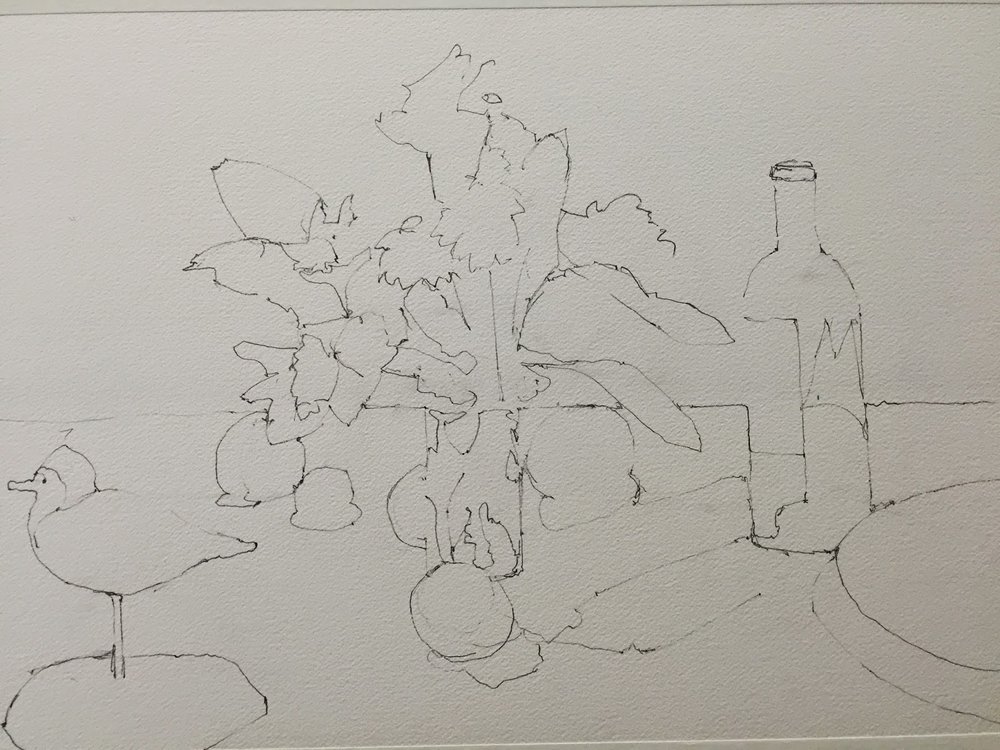 The drawing – I’m always happy at this point in the proceedings.  Took around 20 minutes.

The painting went pretty quickly and I’d finished in around 90 minutes.  Charles said he didn’t like the bird in the left hand corner which I didn’t either and frankly I’d put in at the end when I was flagging a bit.   The photo shows it after  little doctoring (warming up the colors a little) and he said it was much better.
I’m pretty happy.  Flowers are always hard and workshops are hard to do your best work in.   On top of that I was standing up at a table which I don’t like but I think things came out not too bad. 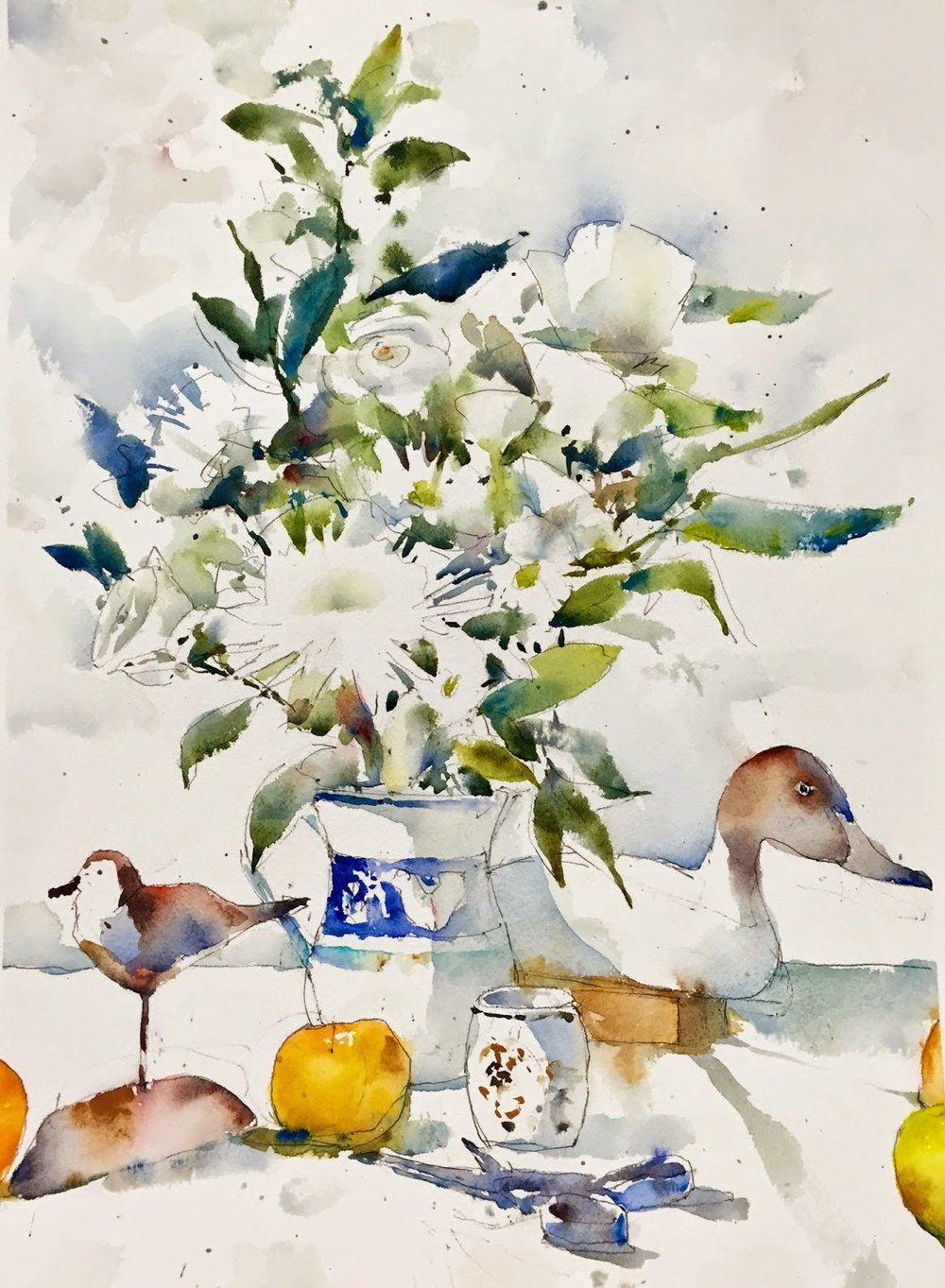 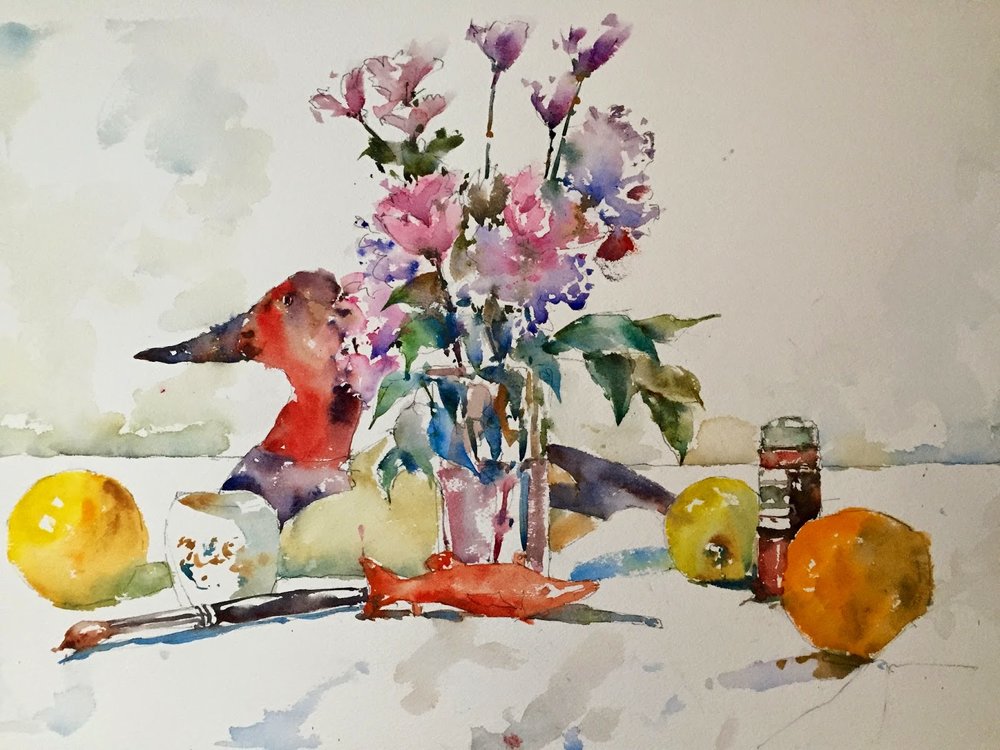