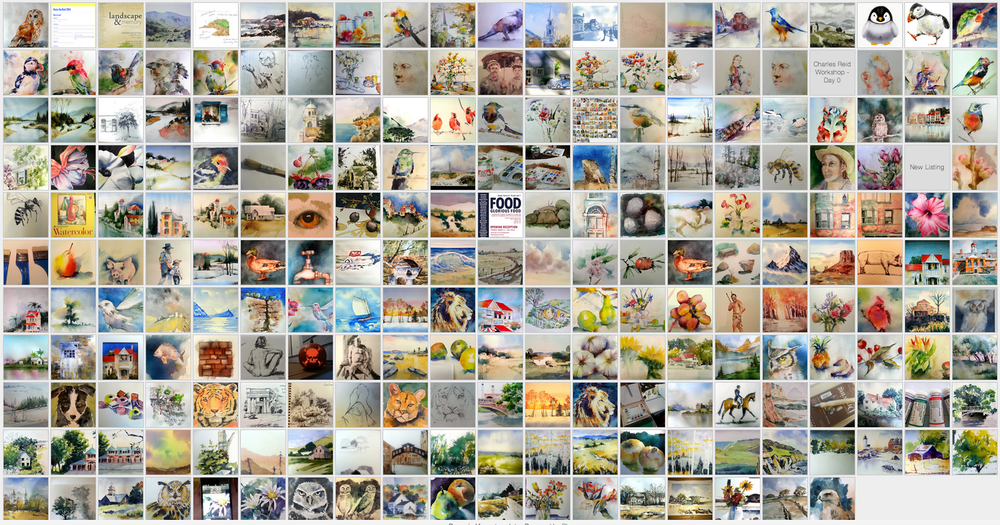 Seeing them all laid out like this is odd as I feel I’ve done more but this is 229 paintings (or at least posts) over 2 years.

It’s a while since I’ve done an owls and by chance it was bird of the week over at facebook’s ‘paint colorful birds for fun’.     I chose a tawny one this time.

This was done in my sketchbook with Cotman pan paints.  Not my usual kit but it worked pretty well. 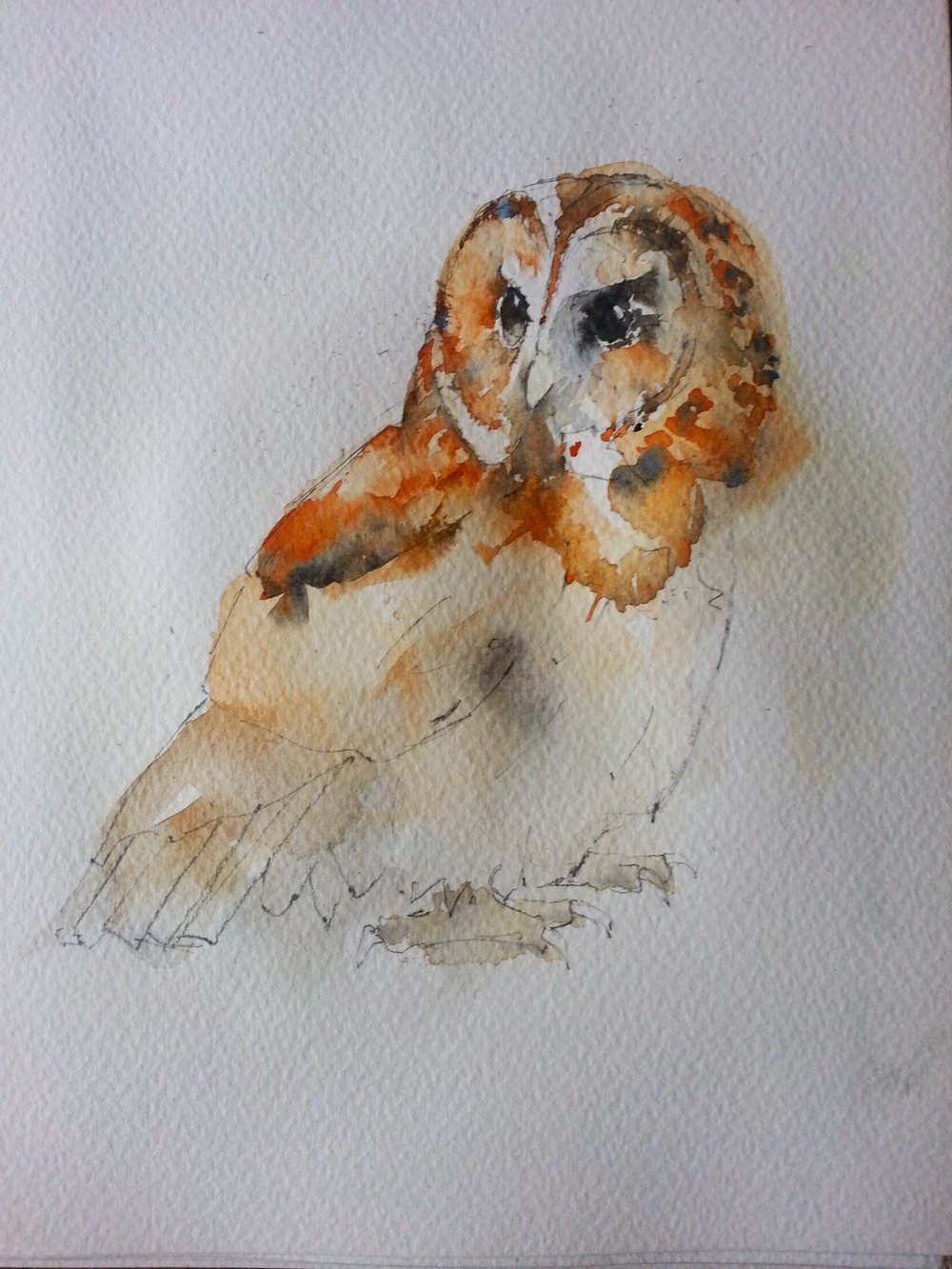 Body feathers are always tricky for me.   Still a way to go before I’m satisfied with these. 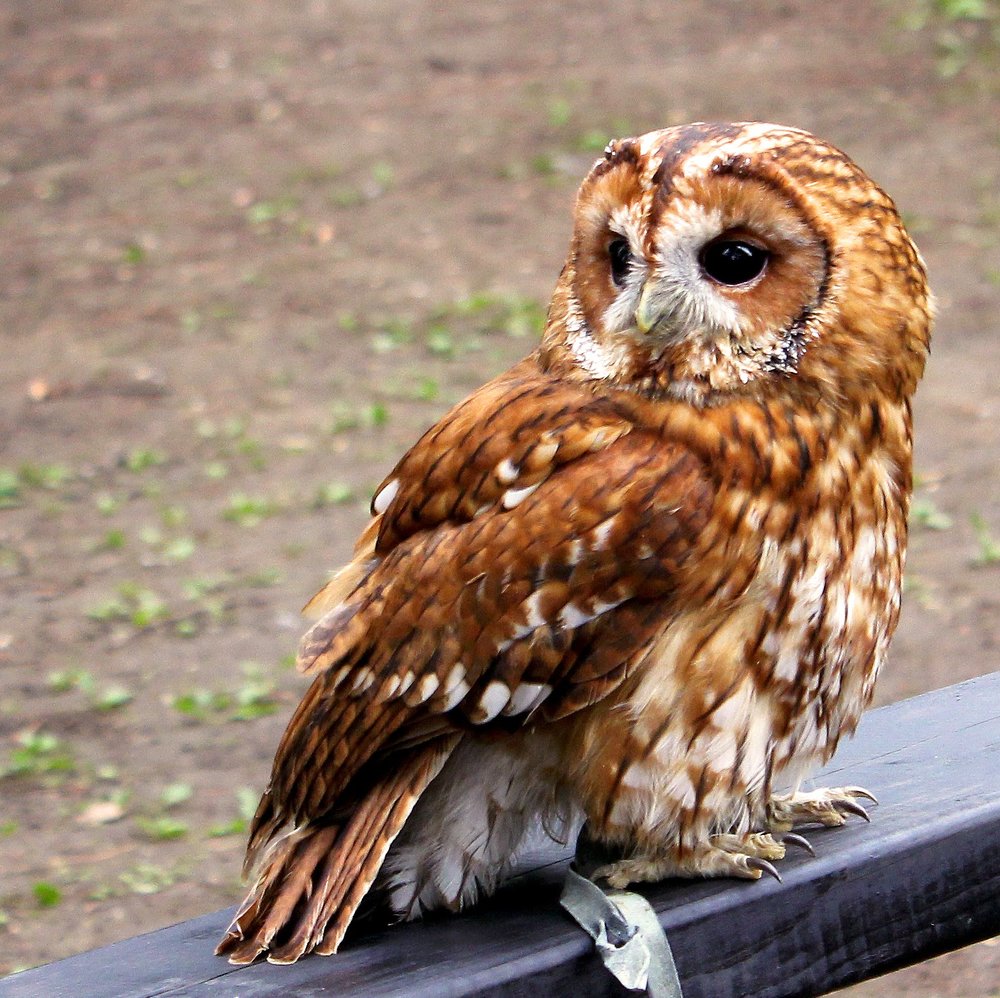 And the original photograph.

They’re coming thick and fast.   This is the ‘Raise the Roof’ exhibition at (where else) the
ccae
. 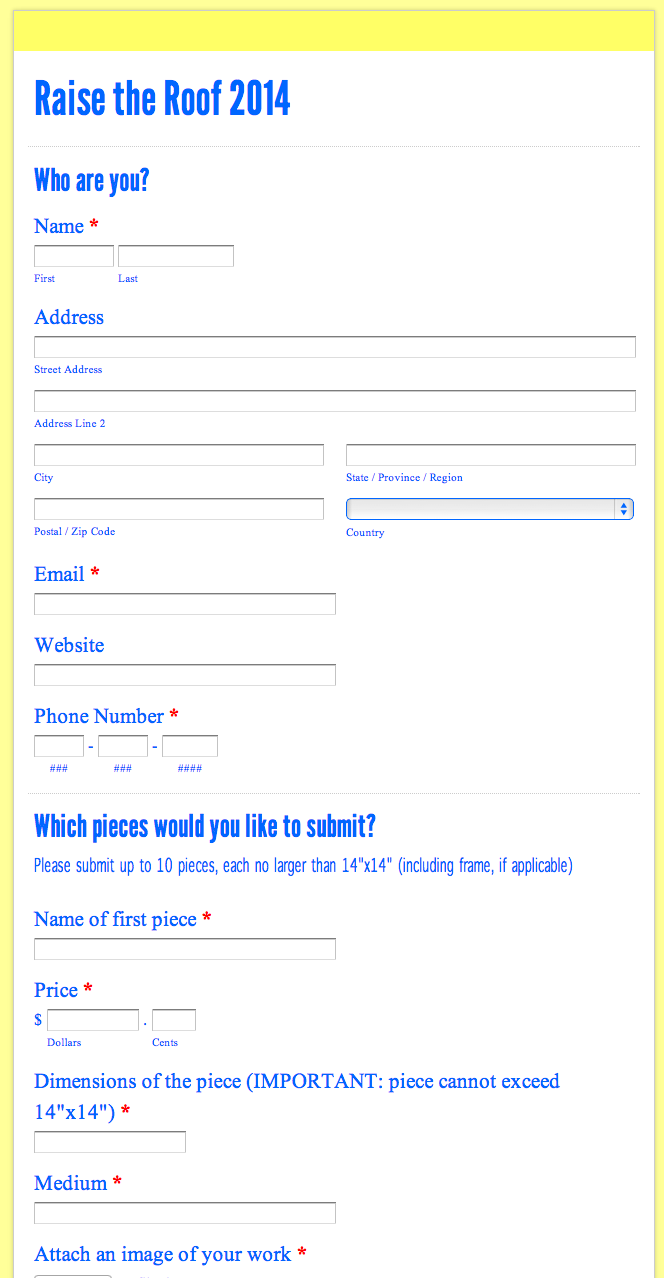 Maximum size is 14″x14″ including frame so that means I have to rustle up 10 5×7 or 8x10s by April the 7th.    Looking through the back catalog most things this size are tweetybirds. 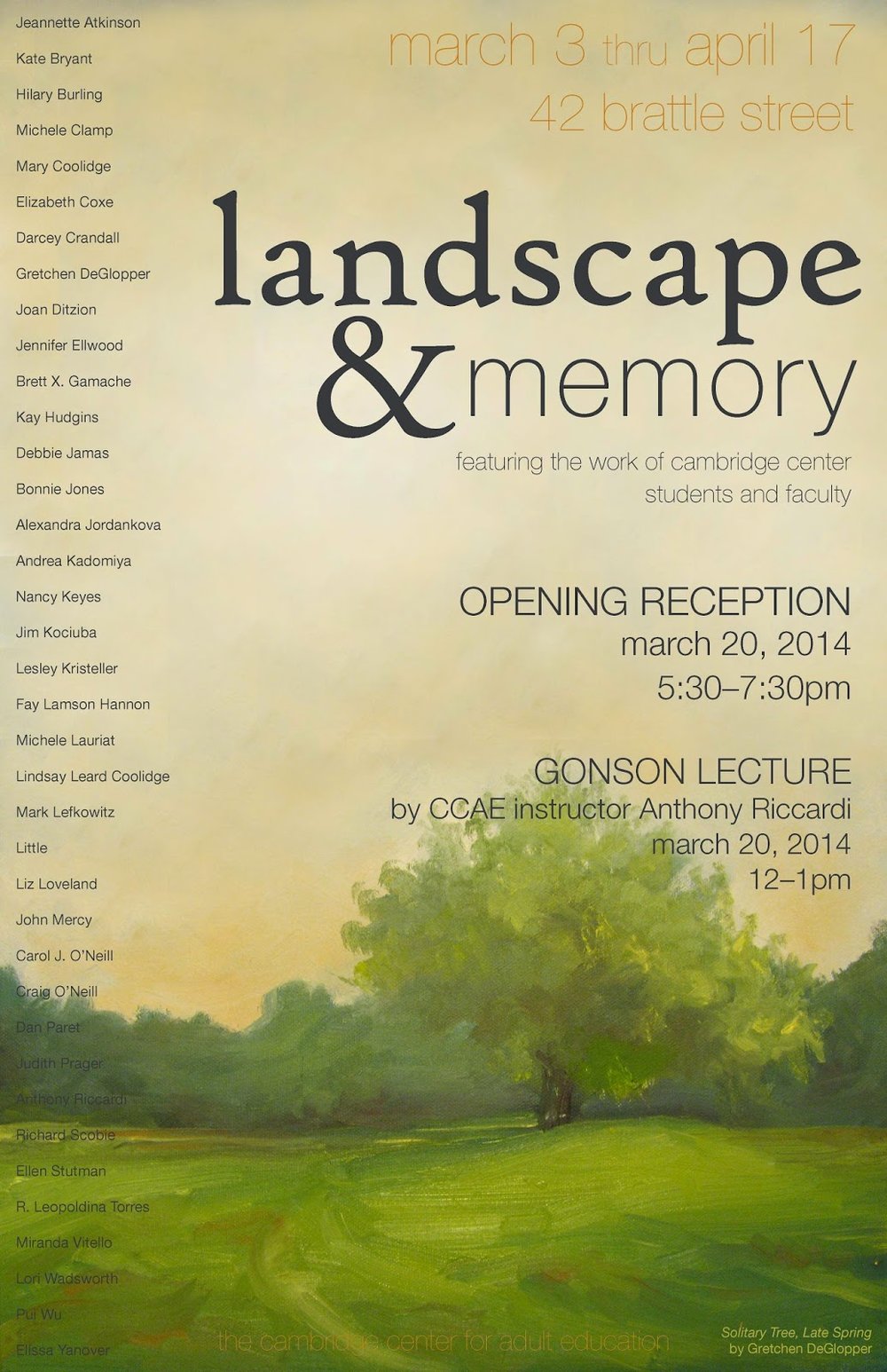 It’s that time of year again.   As previously reported I have one picture in the exhibition (compared to 3 last year grrrr) and my name is up in lights once more.

Borrowdale in the lake district in the UK.  A wetcanvas challenge.  The photo was actually larger and had some rocks and people in the foreground but I ran out of time and enthusiasm.  I was more interested in capturing the fields and trees in the valley and am pretty pleased overall.

One thing I did try here was the ‘Mr Bead’ approach that Joseph Zbukvic uses where you keep the paint wet and the paper at an angle so it pools in a line at the bottom of the painted area.    If this is there then you can always go back in with a fresh brush and keep the wash soft and blended.  Somehow it’s easier to get good color too compared to wetting first and then painting.

Came home too late to get the old painting sticks out but decided to have a bash at getting the tones right on my Wacom tablet.   The drawing experience isn’t much like real paper but for noodling around and practicing it’s pretty awesome.

If you ignore the ‘grass’ I’m pretty happy.    I started with a mid-tone wash and then a slightly darker one to start modeling the shapes of the rocks.  I then put in a darker tone still for cracks in the rocks and a final very dark tone for the deep cracks.    I then realized that I didn’t have the faces of the rocks that were in direct sunlight light enough so went back over with the lightest tone to mark these.

So what did I learn?    Well first – I didn’t leave the highlights light enough at the beginning so if this was watercolor I’d be out of luck.   Second modeling with fairly close mid tones worked well and saving extreme darks for touches here and there gives a good effect.   Thirdly I can afford to go 2 or 3 shades darker in the lightest areas when touching in the cracks on the lightest faces.  Finally – the rocks look fairly complicated but were actually built our of only a few shapes. 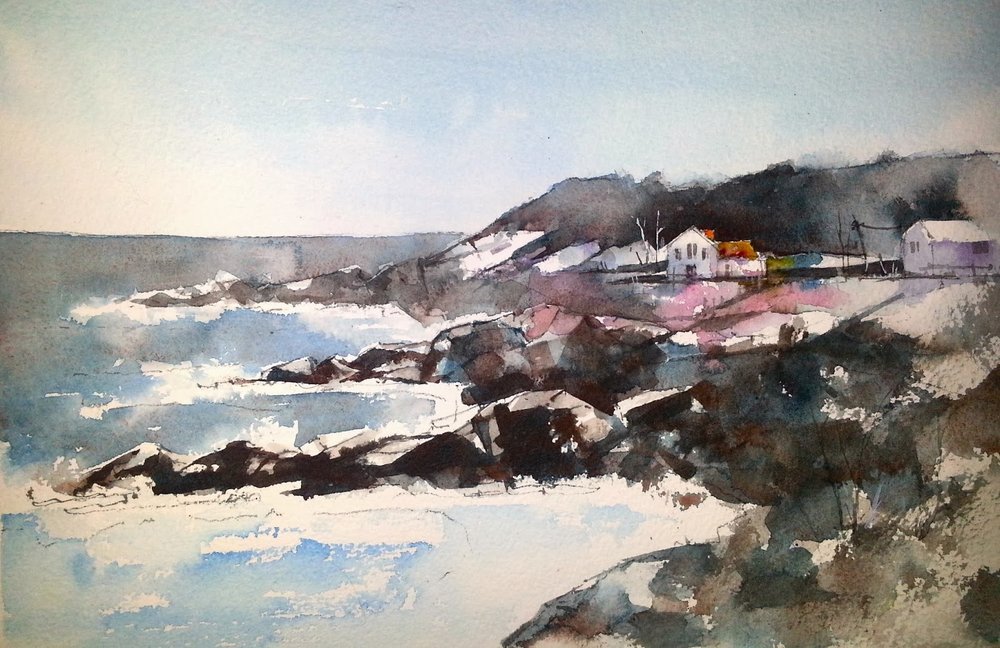 We took the Charlie car out for a spin up to Maine today and visiting Perkins Cove at Olgunquit.   Too cold to sit around sketching but I took a few photos and tried my hand at a coastal view when we got back.    Not particularly pleased but not a total disaster either.

This is a John Lovett video tutorial.   Wasn’t happy with it at the time but I went back in,  darkened some areas and added in more colour to others and it improved it no end.

Another bird – painted on Friday evening after work.   I like him but I’m struggling lately with more failures than successes.    Something must be going right though as when things do succeed they are very satisfying even though my local adult education center doesn’t agree.   5 landscapes submitted for an exhibition and only 1 got in.   Not a good hit rate.