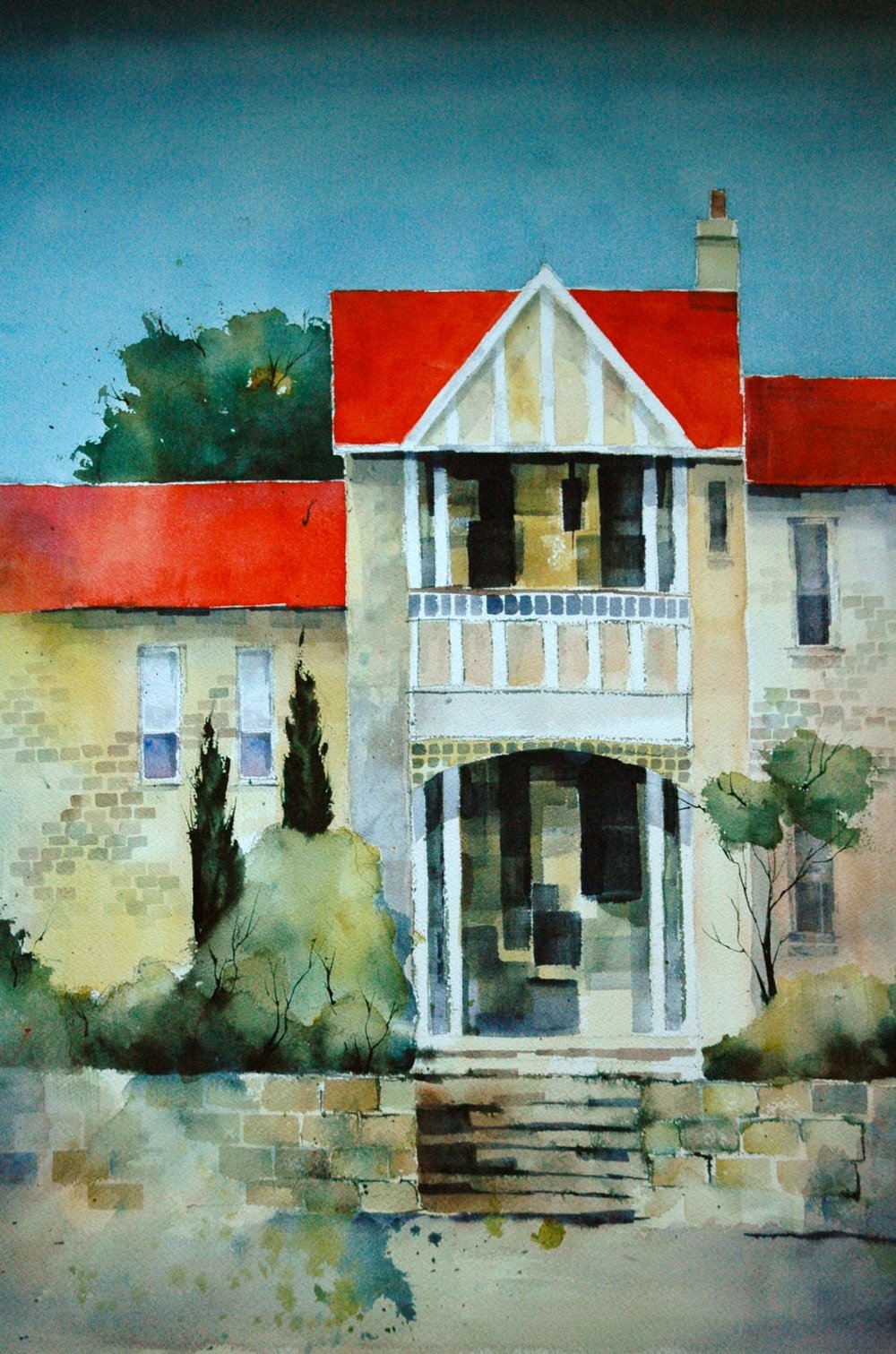 The second try.   For comparison the first try is below and below that intermediate stages.
So is there improvement?  The second version is on bigger paper which definitely made the painting easier.  The brickwork is definitely looking better and I think the trees and bushes are pretty good.  It’s still got an awkwardness about it though which could partly be due to trying to reproduce a painting.
Ho hum – onward mon brave.
Edit – having another look I may try and knock back the contrast in the edge areas to enhance the center of interest.  Additionally a shot of red in the center of interest may also help to unify things.    I’ll leave it a day or so and see how things look.  Often something that I’m pleased with immediately after painting will look terrible a few days later.   And vice versa – something I’m pretty meh about will gradually take on something special after I’ve left it for a while.  All part of the magic I suppose. 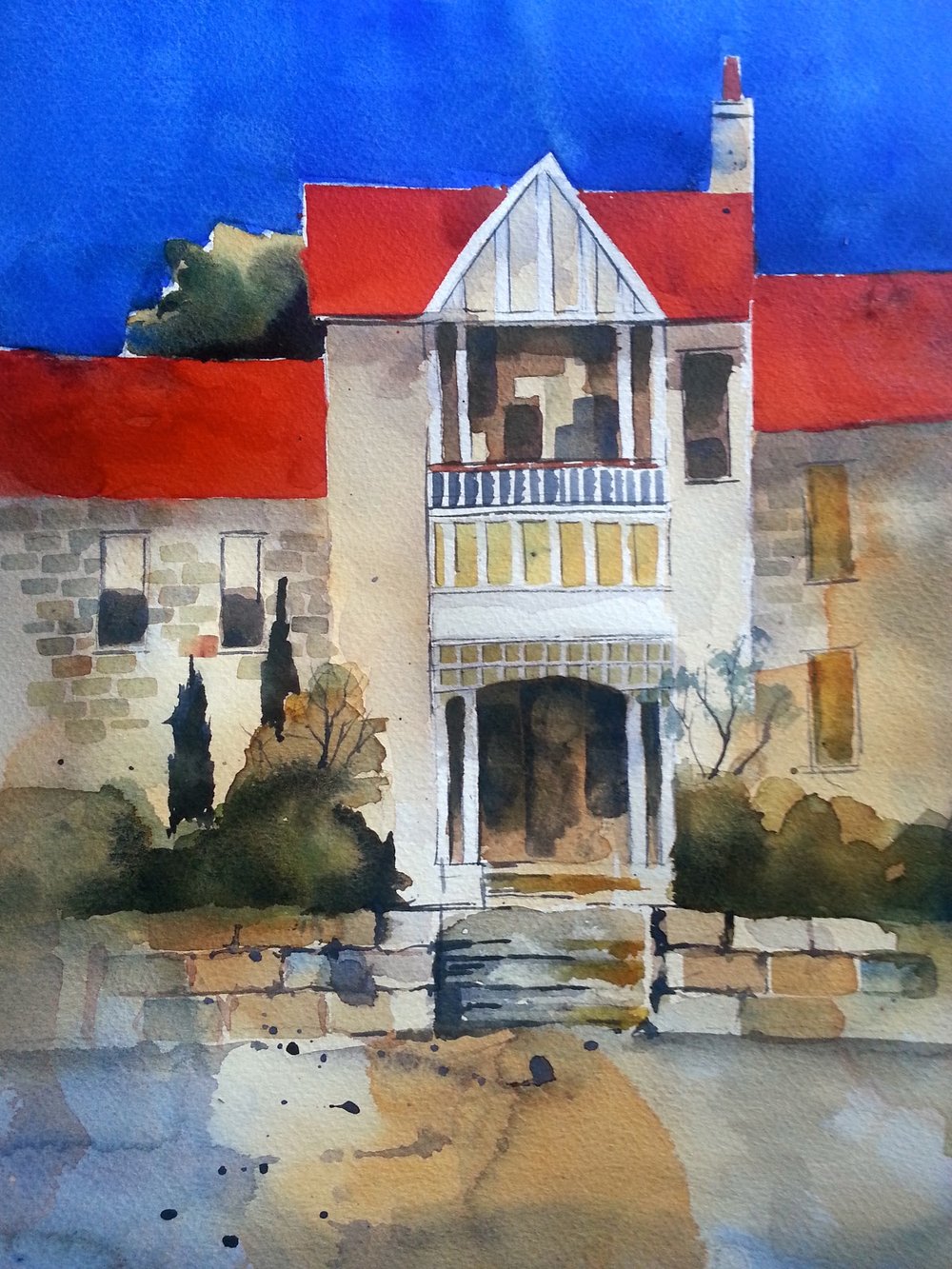 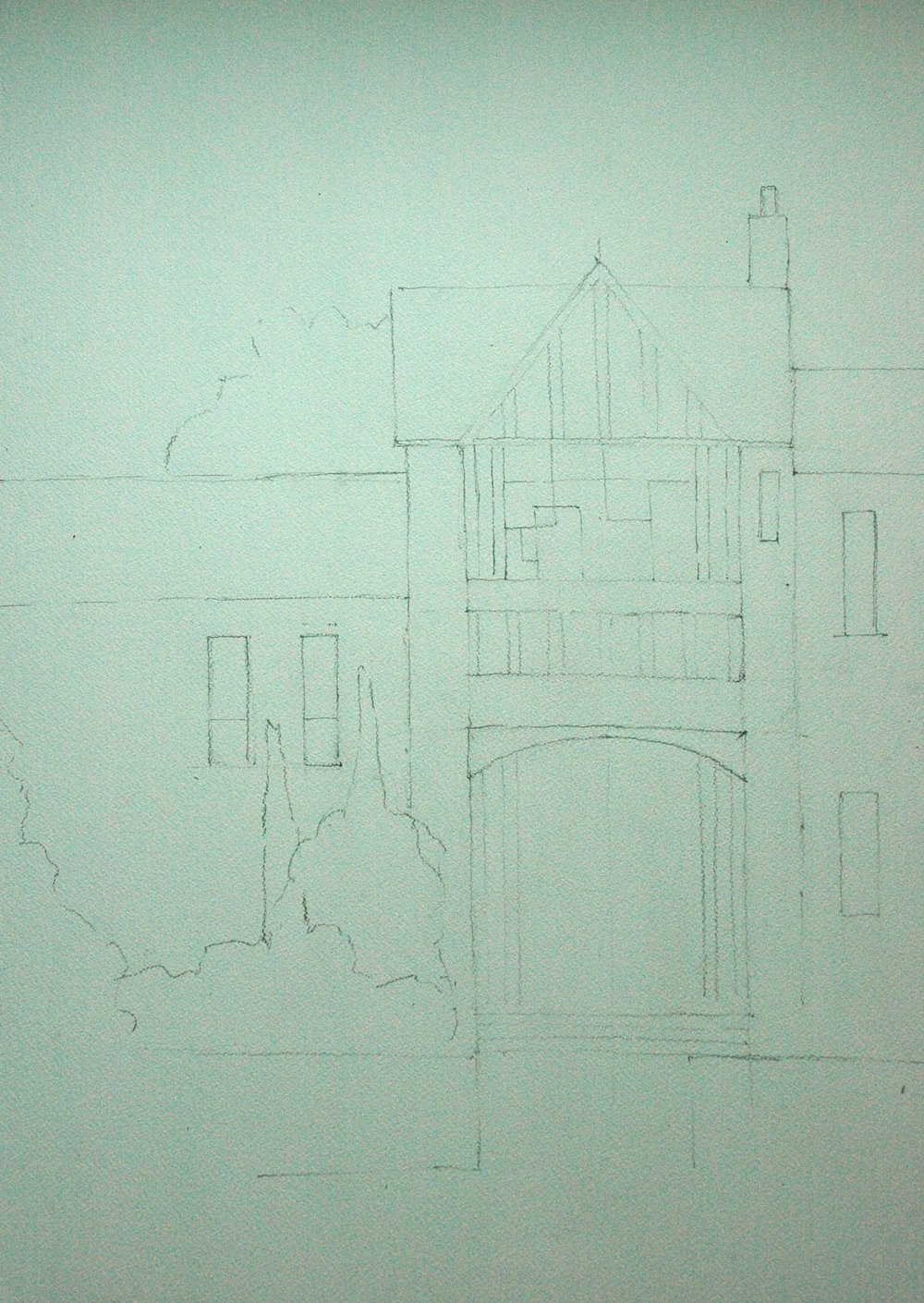 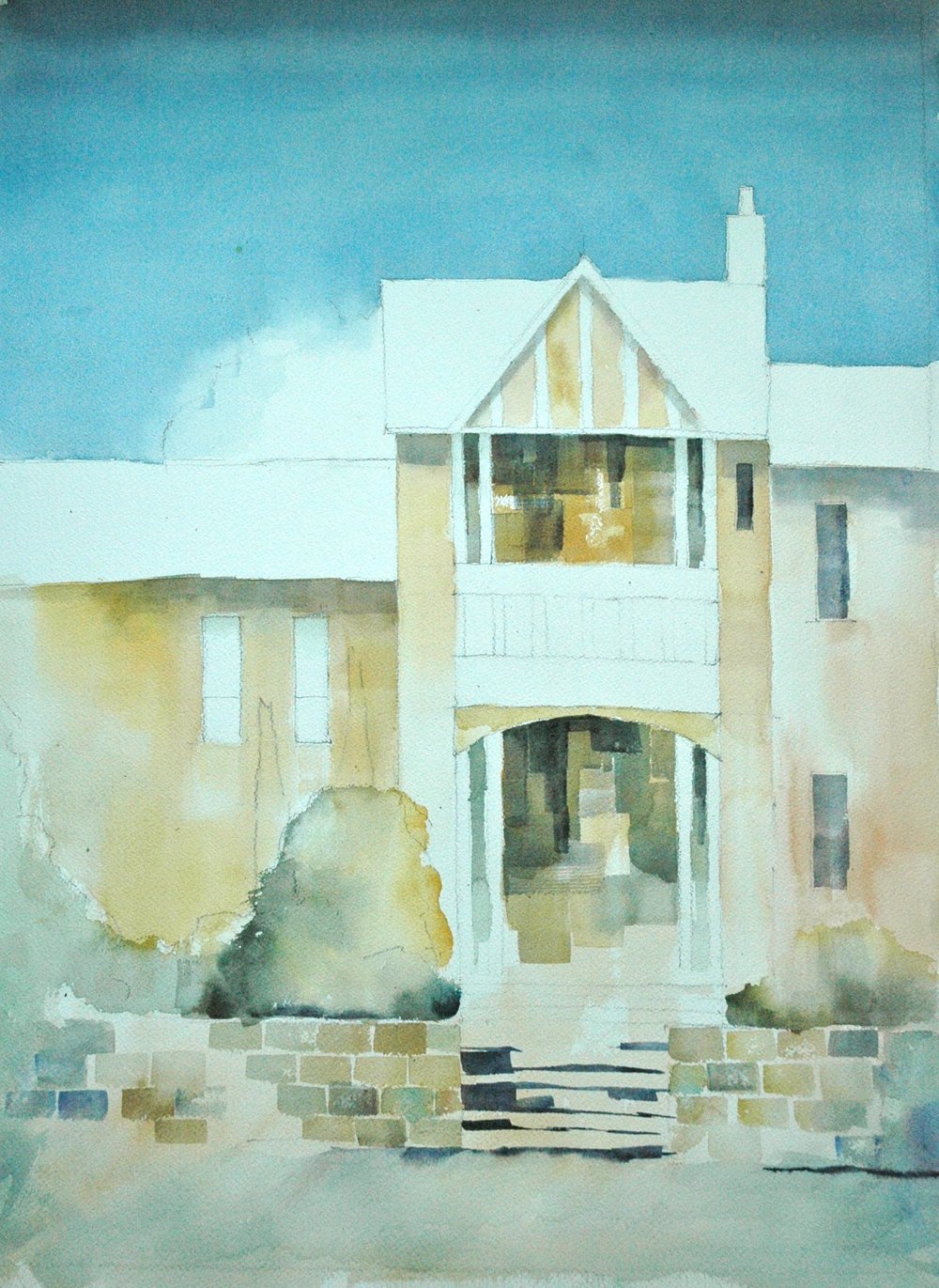 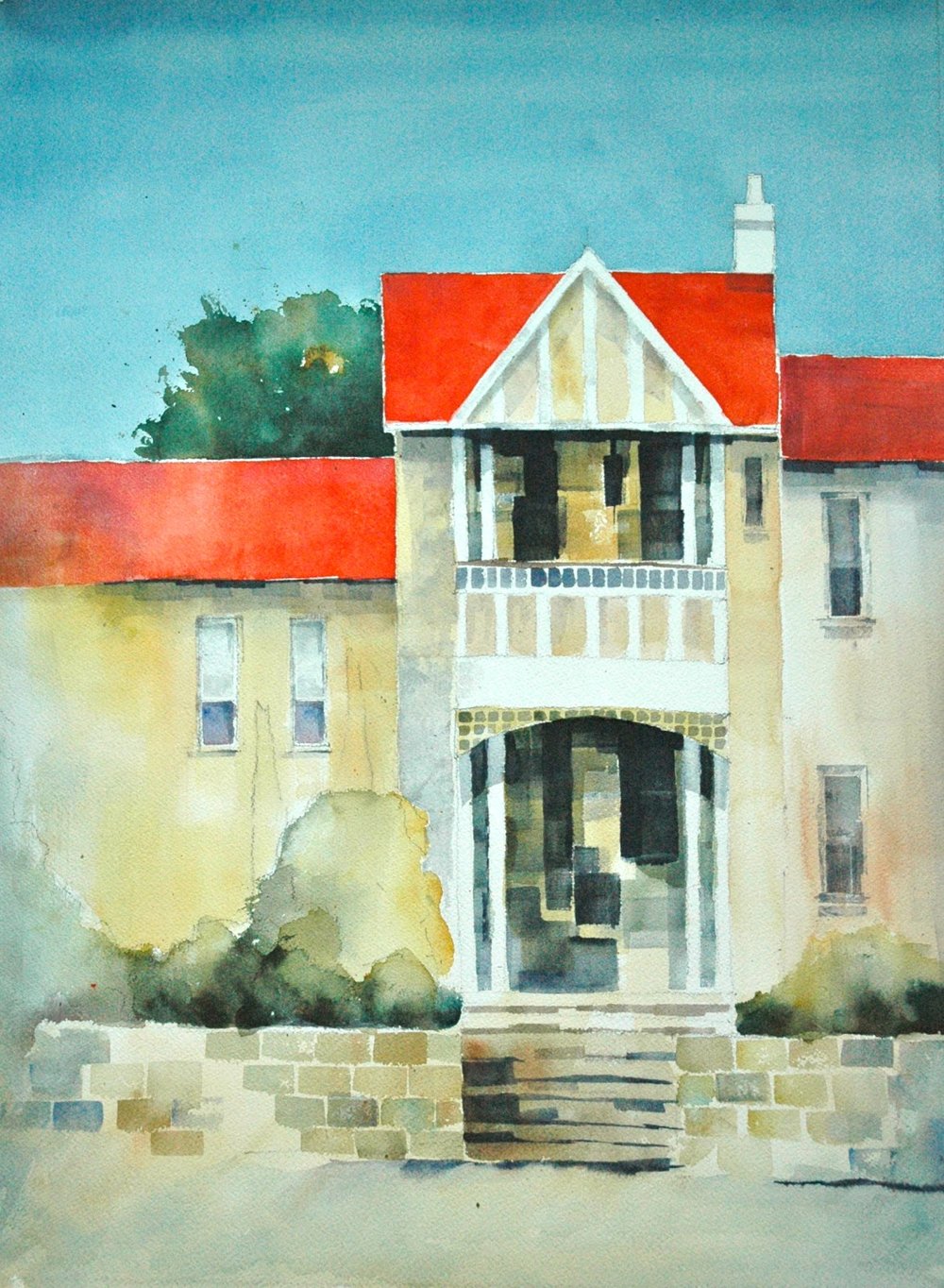 The darks and wall and window detail. 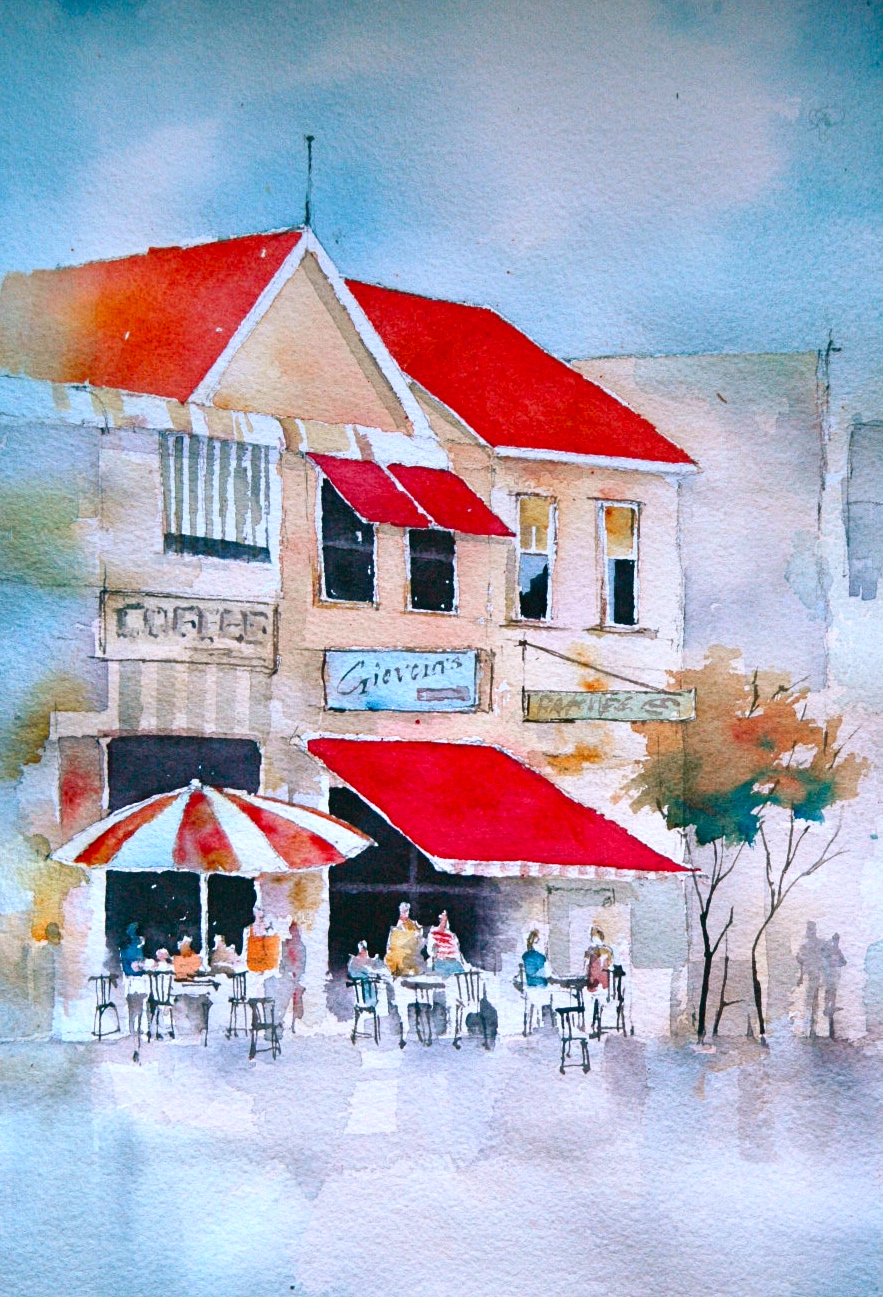 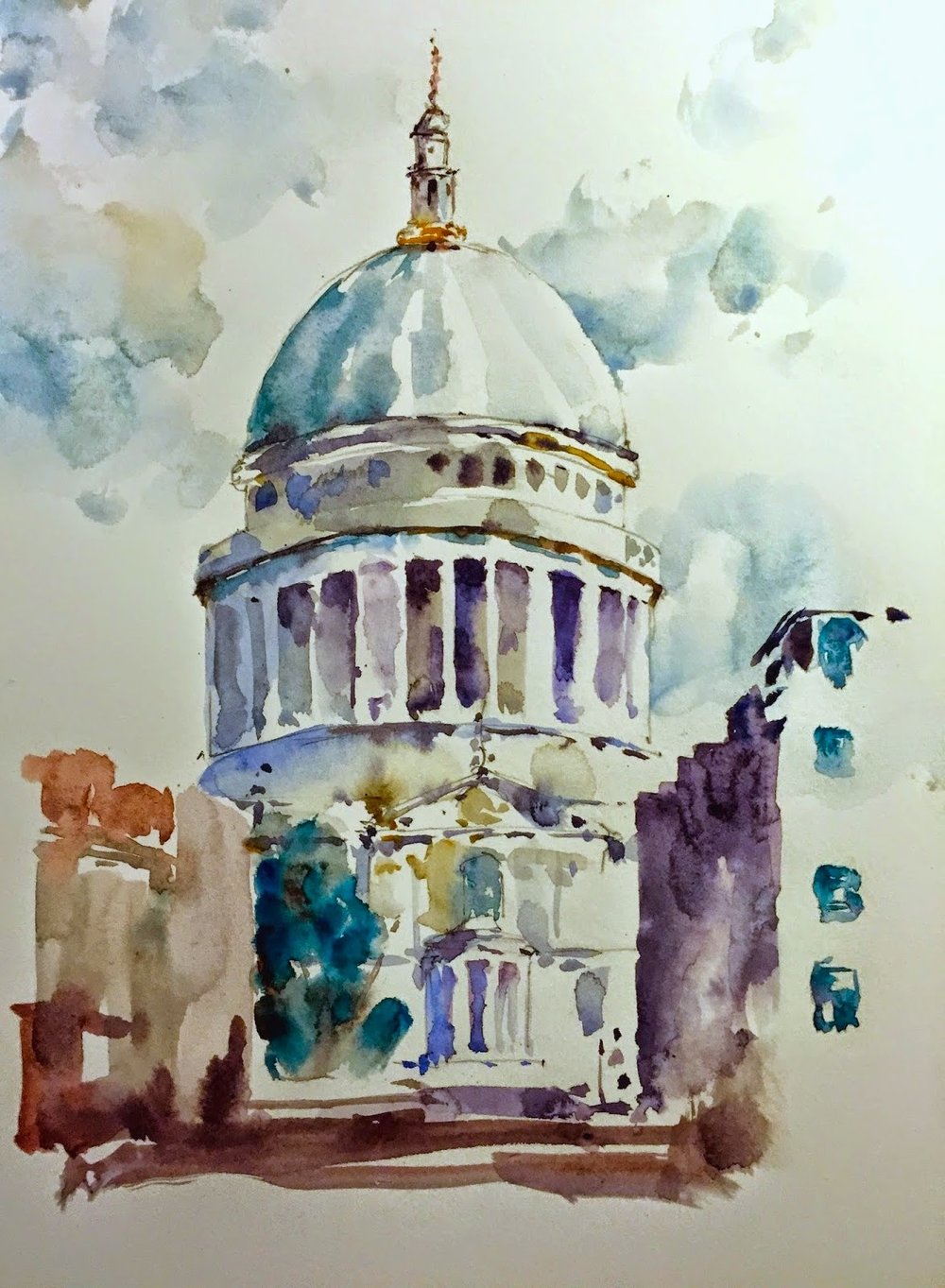 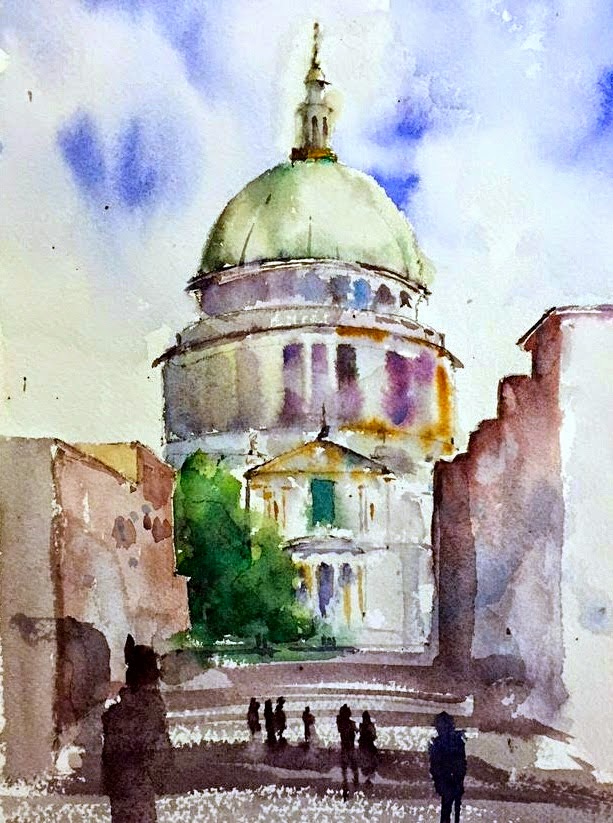 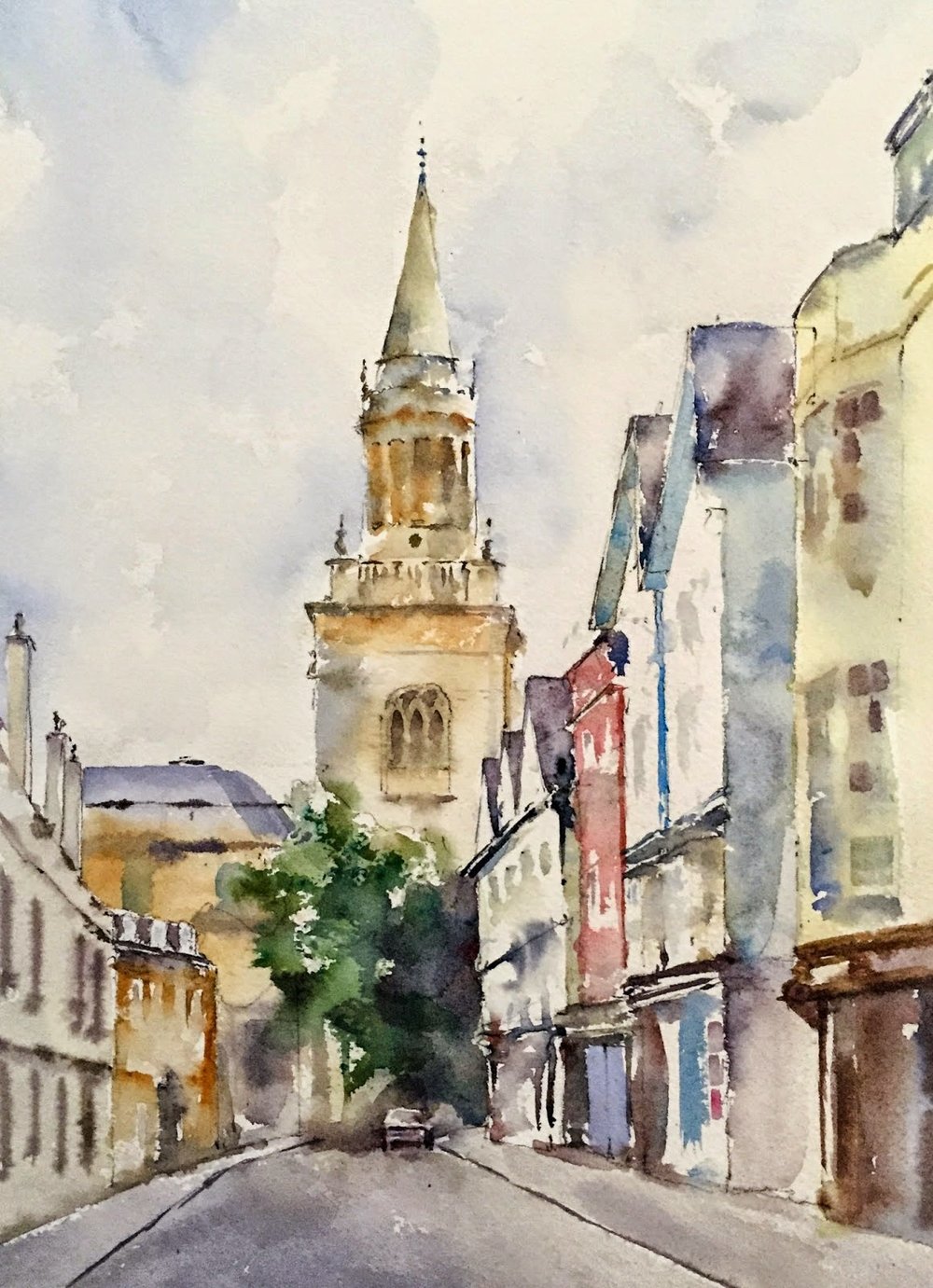